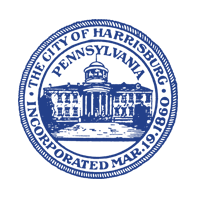 HARRISBURG – The City of Harrisburg has acquired 39 of the 53 properties on South 14th Street that were affected by the sink hole that developed in March 2014.

The City is purchasing affected homes in the 1400 block of South 14th Street in partnership with the Pennsylvania Emergency Management Agency (PEMA) and the Commonwealth Department of Community and Economic Development (DCED). Two rows of attached homes on either side of the block are slated for acquisition, and the City is now working with homeowners and renters to purchase the remaining 14 homes.

“We are pleased to announce that we are making great progress in resolving the dangerous situation that these sinkholes created for dozens of families,” said Mayor Eric Papenfuse. “We thank the federal, state and county agencies for responding to our calls for help, and we thank residents for cooperating with our efforts to acquire these properties.”

The City has received a total of $5,779,099 in federal funding from FEMA and HUD to acquire and demolish the affected homes, help relocate the residents and tenants, and secure the sinkhole site. This work has been conducted in two phases.

The City also has been granted $1million from Dauphin County to rehabilitate the sink hole site after demolition is completed and the area turned into a green space.

In conjunction with PEMA and the Department of Community and Economic Development, the City is working with Navarro & Wright for property acquisitions and engineering services, and with Capital Access for renter relocation.

Almost $2 million has been spent thus far to acquire properties in the first two phases of the project.

The City hopes to have all participating properties vacant by the end of June to begin utility relocation work and project demolition work at the site in July/August 2018.

The site will be prepared as green open space, per HUD/FEMA guidelines. The City is not permitted to place any structures on the site after the existing homes have been removed and the site has been remediated.