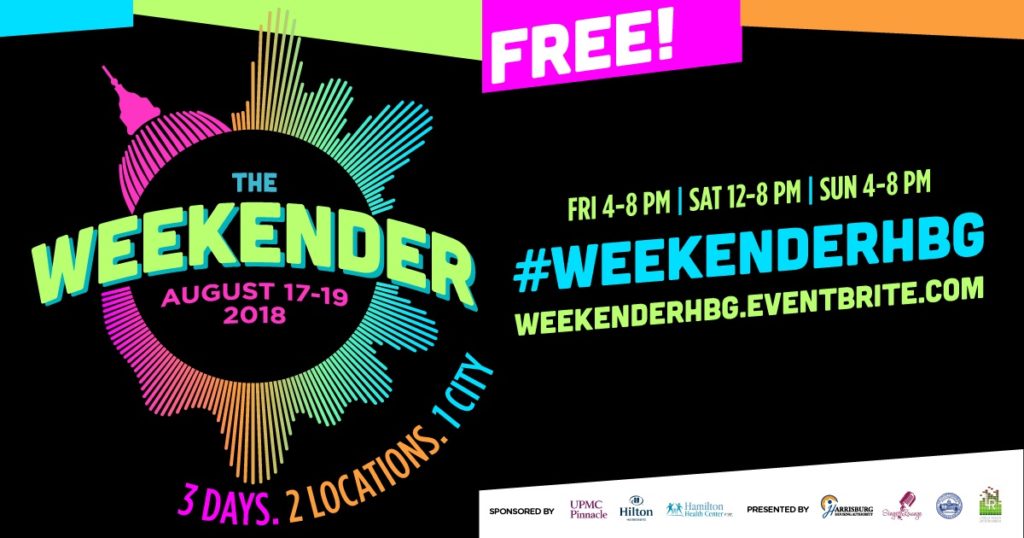 August 17th – 19th marks the inaugural run of The Weekender. As a joint venture between the Harrisburg Housing Authority, the City of Harrisburg, Levels Ready Entertainment, and The Singer’s Lounge, we are bringing a unique urban festival to the Harrisburg summer lineup, with national recording acts such as Lil’ Mo, Sa Roc, Tobe Nwigwe and DJ Diamond Kuts!

The Weekender, which is free to the general public, and spans over 3 days. The Event Schedule is as follows:

Friday offers family-friendly activities such as kickball and basketball tournaments and will feature presentations from HACC Harrisburg Promise Program and YMCA smoking cessation program. UPMC Pinnacle Health Screenings, school supply give away and an open mic for local talent to come and express themselves through poetry and music. Community Organizations are welcomed and encouraged to participate.

This year, the veteran festival is partnering with The Weekender to bring a fun-filled day of music and entertainment featuring up and coming phenoms, Sa-Roc , Tobe Nwigwe, Zariya, and veteran DJ Diamond Kuts. Founded in 2012 by Anwar Curtis and Jonathan Williams, both of Levels Ready Entertainment, Harrisburg Music Fest has drawn in the support of over 1,000 patrons every year and is a staple in the Harrisburg Independent Music scene.

Come to enjoy fast-paced games with the region’s best players in this all-age categories tournament.

The Singer’s Lounge was created to provide a platform, lacking locally, for soul singers to be able to perform. Every 3rd Sunday of the month, over 300 people come out to hear local talent perform songs from popular themes such as the 90’s, Motown and Gospel. The August’s show theme is the “Family Cookout” and will feature artists performing your favorite summer hits and cookout anthem! Featuring special guest performances by 14-year old, award-winning singer-songwriter, Zariya and by the ASCAP award-winning singer and reality star (Love and Hip-Hop and R&B Divas) Lil’ Mo.

There are no comments yet.