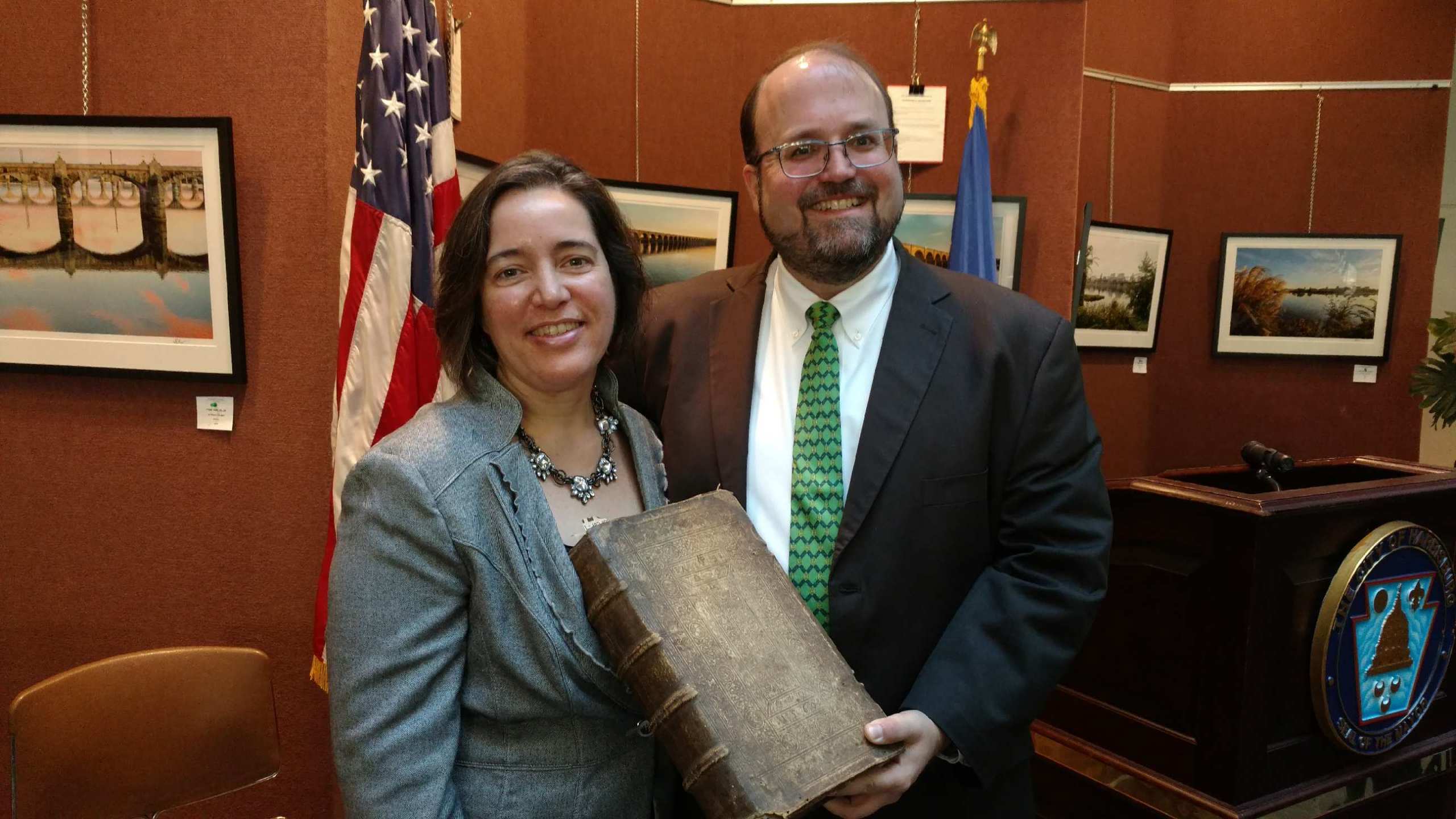 Mayor Papenfuse was re-elected to a second, four-year term in November.  During the inauguration ceremonies he recommitted to another four years of service with vision of making Harrisburg a more prosperous community. He took the oath of office on an historic Bible dating back to the Protestant Reformation.

“As Mayor of this historic and majestic city, I vow to do all in my power to fuel the renaissance that has enveloped our community, and to make our citizens proud to call Harrisburg their home,” Mayor Papenfuse pledged.

He expressed appreciation to the citizens of Harrisburg for their support of his administration and for the hard work they put into saving the city from financial catastrophe.

“We have achieved a lot working together these past four years,” the Mayor said. “But much work still lies ahead.  As we look to the future, let us embrace the optimism and hope that is so palpable on our streets today.”

Members of the Harrisburg Youth Symphony Orchestra  provided musical entertainment, and students from throughout Harrisburg were inaugurated into a new Harrisburg City Council Youth Commission. 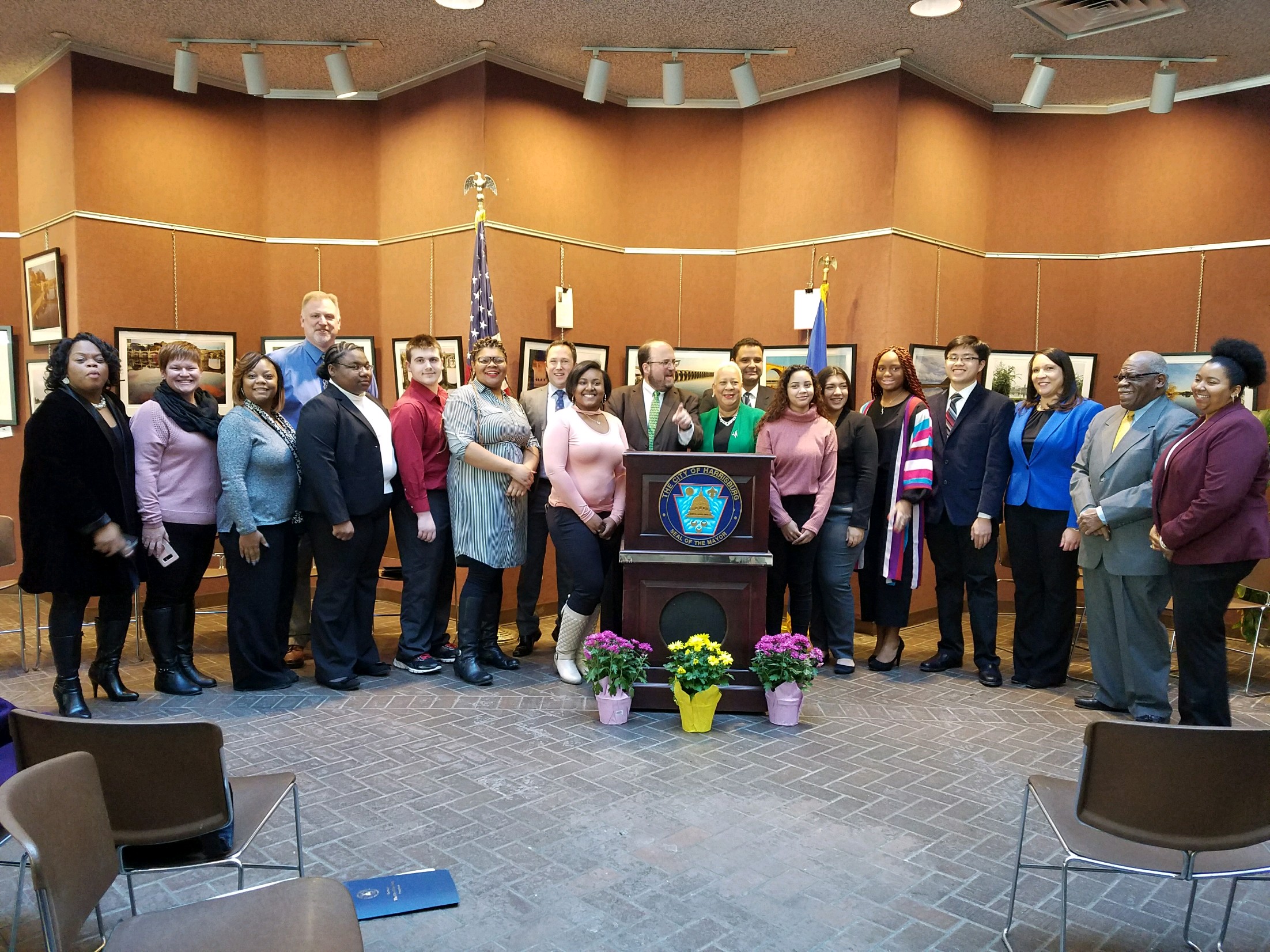 The Harristown Development Corp. provided refreshments for the historic occasion.