HARRISBURG – The City of Harrisburg is carefully monitoring the weather conditions, and crews were deployed early Sunday to salt major roadways. Residents are advised to pay close attention to weather updates.

By special arrangement with Park Harrisburg, residents can park without charge at the Locust Street Garage, located at 214 Locust Street, effective immediately and until noon Tuesday, February 2nd.

The Public Works Department has 16 trucks to keep major roads clear throughout the City.

Residents should obey all street signs to ensure Public Works crews can keep streets plowed and can remove snow as quickly as possible. Vehicles should be parked as close to the curb as possible, and away from intersections to allow trucks easy access to clear streets. 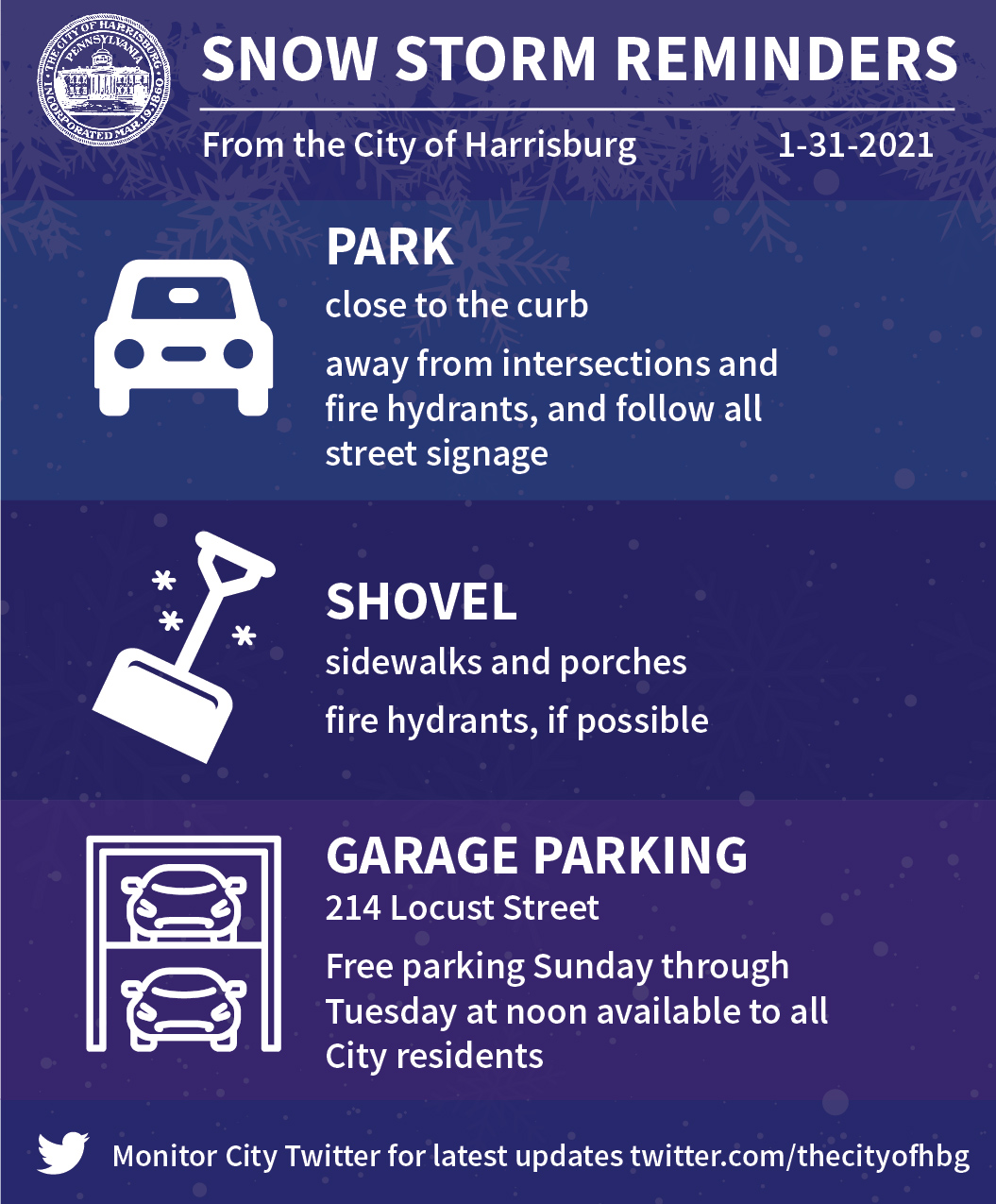