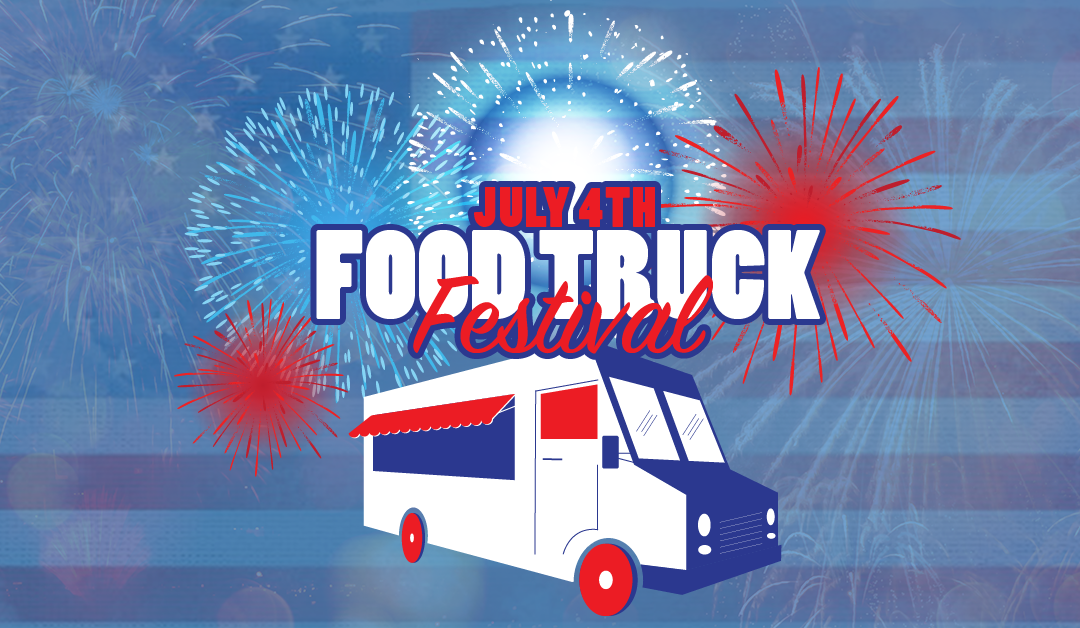 HARRISBURG – More than 45 food trucks will line Front Street on Monday, July 4 as the City of Harrisburg celebrates Independence Day with delicious food, awesome fireworks, and family fun for the entire day.

The July 4th Food Truck Festival is returning to Riverfront Park. Beginning at 1 p.m. and lasting until 9 p.m., families will be able to enjoy a diverse selection of food truck favorites which have become Harrisburg festival and Central Pennsylvania staples, plus some first-timers. Adults will also have the opportunity to sample selections from a beer and wine garden.

The Air National Guard Band of the Northeast will perform at the stage located between Liberty and State Streets from 2:45 p.m. until 9:15 p.m. A full schedule of all performances is available on the July 4th Food Truck Festival event guide.

Families with small children can make a pit stop at the free Kids Zone, located near Forster Street, for balloon animals, face paintings, yard games, and running in a giant hamster wheel. City Island is also a short walk over the Walnut Street Walking Bridge, where children can ride the railroad, tee up for a round of Water Golf, play at the Harbortown Playground, or hop aboard the Pride of the Susquehanna Riverboat.

“Downtown Harrisburg is going to be a party for the 4th of July, and I can’t wait to celebrate,” said Mayor Wanda R.D. Williams. “Harrisburg is at its best on days like this, when families can experience our city together. We really can’t wait to see the fun they’re going to have when they come to Riverfront Park.”

The annual fireworks display, sponsored by the Pennsylvania Housing Finance Agency, is slated to launch from the tip of City Island around 9:15 p.m., and last for 15 minutes, following the conclusion of the Harrisburg Senators’ own fireworks display. The Senators are scheduled to play the Erie Seawolves at 6:30 p.m. with their fireworks show beginning immediately after the game ends.

The City of Harrisburg show is produced by Bixler Pyrotechnics and will include over 2,000 shells. Any spot along Riverfront Park offers a breathtaking view of the spectacular fireworks display.

Anyone coming into town on July 4 is encouraged to support other city businesses which are offering their own patriotic food and drink specials. Elementary Coffee Company, Arooga’s, Yellow Bird Café, Au Bon Lieu, JB Lovedraft’s Micropub, and Stock’s On 2nd will have unique menu items for the entire holiday weekend. Check them out at harrisburgpa.gov/july4th.

Lastly, one of the great Independence Day traditions will continue at the John Harris-Simon Cameron Mansion, with the 12th annual public reading of the Declaration of Independence. Readings at 4 p.m., 6 p.m., and a special candlelight reading at 8 p.m. will be done by John Harris, Jr., portrayed by reenactor David Biser.

Street parking is free during the July 4 holiday. City Island parking will cost $5, and discounted $10 parking is available at the Market Square Garage from 1 p.m. to Midnight courtesy of Park Harrisburg. There will also be handicapped parking available on State Street, and free bike parking courtesy Recycle Bicycle will be available at Walnut Street.

Front Street will remain closed by Forster to Walnut from 9 a.m. to Midnight on July 4, and the Market Street Bridge will close westbound from 6:30 p.m. to Midnight.

Visit Hershey & Harrisburg is the title sponsor of the July 4th Food Truck Festival. Explore HBG is the marketing sponsor, and SYSCO CPA is the event sponsor. Other supporting sponsors include Green Mountain Energy, Leaf Filter, and Renewal By Anderson. The Harrisburg Downtown Improvement District is the community sponsor.