Parks and Recreation Department receives more than $2 million in grants to beautify, liven up Harrisburg 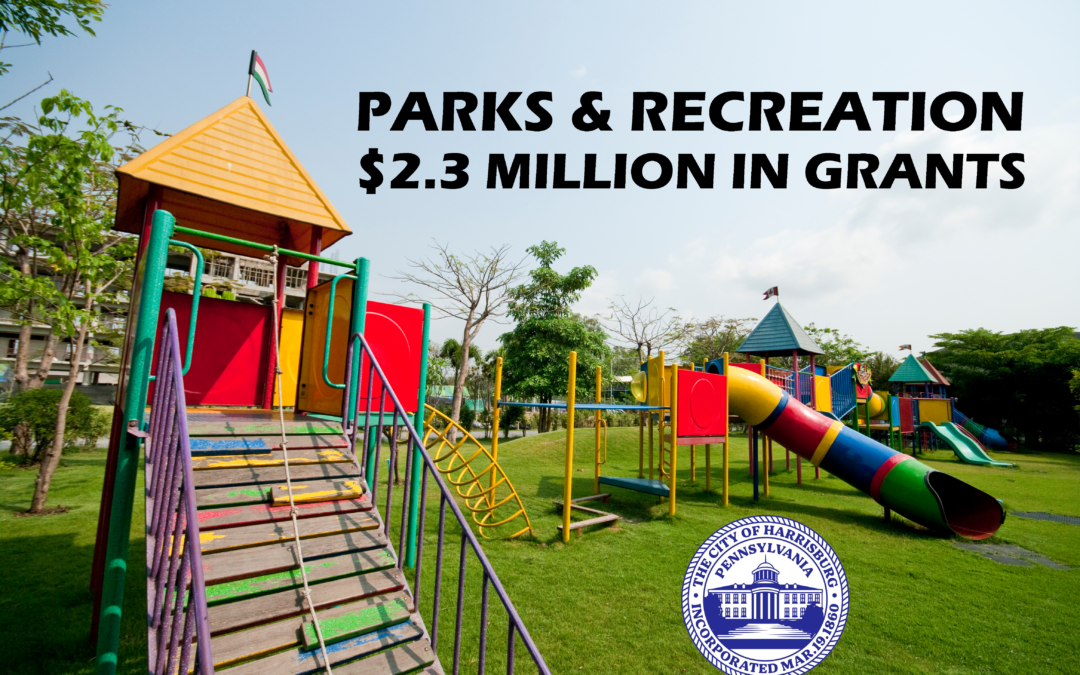 Harrisburg officials are announcing more than $2 million in grants earmarked for parks and recreation.

HARRISBURG – In the coming years, Harrisburg’s parks will be safer, prettier, and more fun for children, thanks in large part to a series of grants recently received by the city’s Department of Parks and Recreation.

This summer, the city received $2,325,900 in grant money earmarked for parks and recreation needs. More than half came courtesy the Pennsylvania Department of Conservation and Natural Resources (DCNR), which will go directly towards beautification and environmental projects. Among them, nearly $1 million for Capital Area Greenbelt restoration; $687,000 to rehabilitate the Parkway Creek and more than a mile of trails; and a quarter of a million dollars to help develop the city’s Chutes and Ladders Playground in Reservoir Park.

“This is tremendous, and these grants are going to be a game changer for Harrisburg residents, especially in underserved communities,” said Mayor Wanda R.D. Williams. “I am so proud of our partnership with DCNR, and I cannot thank Secretary (Cindy) Dunn enough for her joint commitment in wanting to make the capital city a center for green space in Pennsylvania.”

Grant money will also go towards creating a pair of “tot lot” playgrounds in Reservoir Park. In addition, the city will be able to make Reservoir Park more ADA accessible, renovate its internal loop trail, and improve its stormwater management.

There is even a grant, courtesy The GIANT (Foods) Company, to install a rain garden to help prevent future flooding at Italian Lake.

“We are really excited about the incredibly positive environmental impact these grants are going to have on the city,” said Dave Baker, Director of Harrisburg’s Parks and Recreation Department. “This will in turn have an impact on residents’ way of life when it comes to their mental health, and being able to enjoy the outdoors.”

Along with the more than $2.3 million the City of Harrisburg has already received in parks and recreation grants, it is awaiting to hear back on potentially $31 million more in county and federal funding available. Included in this is a requested $18 million in Community Block Development Grant funding from the Department of Housing and Urban Development (HUD) to go towards park upgrades and renovations, and an additional $13 million devoted to building a splash and slide park in Hall Manor.

A full list of all received and requested grants are listed below:

We are also waiting to hear back from a few additional grants: