City of Harrisburg pays off its historic 25-year, $125M debt 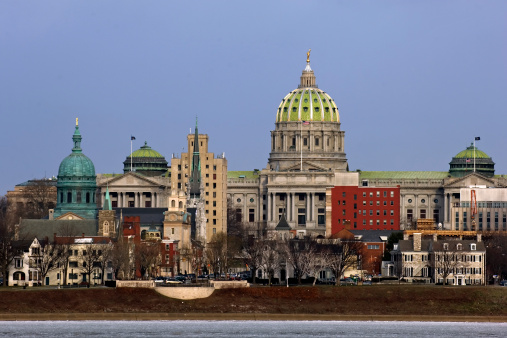 The City of Harrisburg made the last of its scheduled payments to get out of a $125 million debt, with interest, it has accrued since 1997.

HARRISBURG – Fulfilling a pledge that the City of Harrisburg would soon be debt-free, the city signed off on the final scheduled series of debt payment requirements dating back to December 1997.

Friday’s $8.4 million payment to the Debt Service Fund at the Bank of New York Mellon clears the city of $125.6 million debt it accrued, including interest, in Reed Administration spending. The City of Harrisburg’s commitment to paying off the Reed-era debt was made through years of good financial leadership, headlined by the work of Mayor Williams, City Controller Charlie DeBrunner, City Treasurer Dan Miller, and members of City Council, in the past year.

“I can’t say enough about the work done by our financial team to get the City of Harrisburg one step closer to being entirely debt free. This is a major, celebratory moment for all of us,” said Mayor Williams. “This is the moment I’ve been waiting on since I was first elected to City Council and we started restructuring this debt. People told us we’d never be able to get the city out of debt. To think we’re now in a surplus, this was always my goal for the people of Harrisburg.”

The City of Harrisburg has made debt payments since 1998.

“This is a great day for the City of Harrisburg,” DeBrunner said. Rather than putting debt payments off any longer, and incurring any more interest, we’re proactively managing our outstanding debt. We are headed towards structural security in our budget for the first time in decades.”

Historically, the City of Harrisburg spent money out of its annual general appropriations budget to help pay for debt payments. Moving forward, residents can expect to see those funds which were previously used to pay off bonds, to now go towards city services which will improve the quality of life for every Harrisburg resident. Citizens will start to see this as early as the 2023 budget, which is currently in the process of being constructed.

“It is a goal for the entire city to enter 2023 without any debt,” DeBrunner added. “We have a few additional items we need to take care of, but after today, we can finally start to see some real positive results for the city, and the cash flow is going to be phenomenal.”