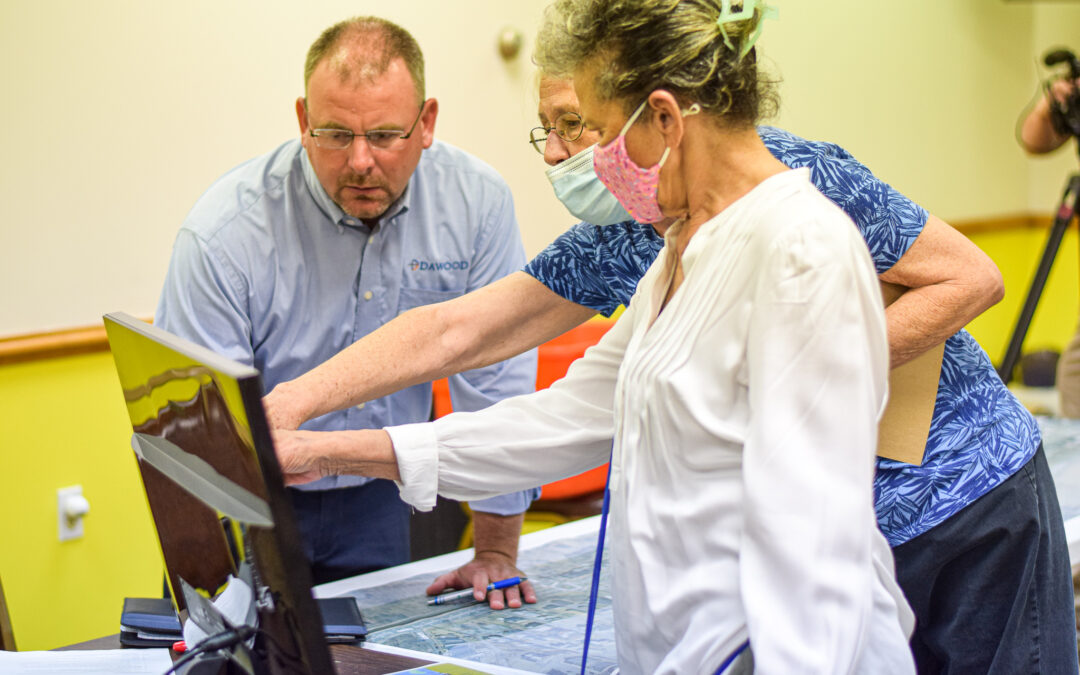 HARRISBURG — City residents continued to have the opportunity to share their ideas and solutions on ways to make State Street safer at the second of three public meetings Monday evening.

The meeting, held at the Kappa Omega Fraternity House on the eastern end of State Street, gave residents the opportunity to view construction design concepts and speak individually with engineers from Dawood Engineering, Inc., the City of Harrisburg’s contracted engineering firm. About two dozen people came to the meeting, mostly new faces who were unable to make the first meeting, held Thursday, June 2.

Those who came to the meeting were able to view satellite imagery of what State Street looks like currently, compared to what it may look like in the future. Chad Decker, Dawood’s Director fo Highway and Traffic Services, highlighted a heat map, provided by PennDOT, which showed collision data on the section of State Street in question, over the past five years.

Fellow engineers Scott Bechard and Wesley Heisley showed residents concept designs of what State Street might look like after construction. They also were able to show an assortment of features, like curb bumps outs and passive speed enforcement signs, as possible additions to the upcoming project. People who attended were then asked to fill out comment cards, listing what they liked and did not like about the draft designs.

“We’ll take the information back to our database and digest it, and hopefully come back with a solution that everybody is willing to live with,” said Percy Bullock, City of Harrisburg Project Manager.

Dawood engineers will have a final draft design concept available for the public to view at the June 22 public meeting, held at the Harrisburg School District Administration Building.

“This is a community effort, and everybody in the community, whether you travel by car or truck or bus or bike, deserves an opportunity to ride in the City of Harrisburg,” Bullock said. “We can’t make the changes we need to make State Street safer unless we hear from you.