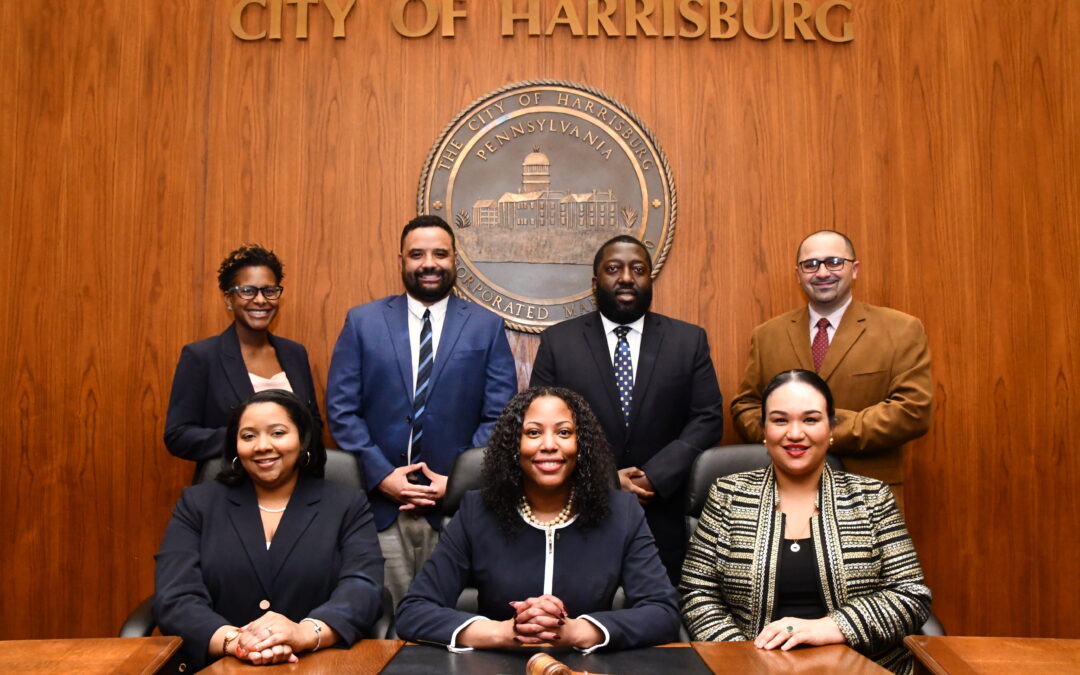 The fiscally responsible budget, expected to be signed by Mayor Williams this week, comes out to $110.45 million, the city’s smallest budget since 2019. Among that total includes $74.95 million coming out of the General Fund, and $20.01 million from the Neighborhood Services Fund, which focuses on sanitation and Public Works projects.

Harrisburg will be able to hire 16 new positions within the Bureau of Police as a result of the budget cleared by City Council. The positions, which will include nine new officer trainees, three sergeants, two corporals, and one each lieutenant, forensic investigator, and detective, will bring the total number of uniformed police to 152 officers.

All officers will see an annual salary increase of 3.5% in the 2023 budget, under a new contract previously approved by City Council.

“Replenishing out police force will continue to be one of my main objectives in office,” Mayor Williams said. “In the eight years prior to my administration, we were able to retain only 59% of our new officer hires. This is simply unacceptable. Our salary increase will make officer salaries more competitive, which hopefully means more patrols on the streets, and faster response times to emergencies.”

Mayor Williams’ budget features no tax increases and no reduction of city employee staff or services, despite the rising costs associated with inflation, which now sits at 8%.

“We have the opportunity with the budget to continue to move the City of Harrisburg forward,” Mayor Williams said. “This budget is fiscally sound and responsible for our residents.”

The city’s ability to pay off the remainder of the $125 million debt associated with D & F Bonds opens the door for needed improvements in the areas of public safety. An estimated $360,000 will go towards updated street lights and traffic signals. Approximately $1.45 million will be dedicated to modernizing around 50 ADA ramps along State Street, as PennDOT is paying to repave the entire stretch of road from the State Street Bridge to Reservoir Park.

In addition, ADA accessibility will increase, along with other modernizing upgrades in the lobbies at the Martin Luther King Jr. City Government Center and Public Safety Buildings, among other capital improvement projects, costing approximately $920,000.

City Council previously approved paying off $12 million of the remaining $20 million in AMBAC assurance debt funds. Once the entirety of the debt is paid off, more than $8 million will be added to the city’s general fund balance.

An additional position accounted for in the 2023 budget is for a Community Events Coordinator. This position, which would fall under Parks, Recreation, and Facilities, would be in charge of planning the increasingly popular city-based community events, like this year’s inaugural Bash At The Brownstone, and Santa In The Park festivities which took place at the Reservoir Park Mansion last weekend.

“We want to invest in our community because these are incredibly popular community based events, and our residents deserve to have more of them,” Mayor Williams said.

In order to balance the 2023 budget, City of Harrisburg financial leaders are proposing to pull $1.6 million from the General Fund into the Neighborhood Services Fund. The NSF, which mostly handles the sanitation needs of Harrisburg residents, will help fund four new trash and recycling trucks. The current fleet has picked up an unexpected amount of wear and tear, in part due to Harrisburg now picking up trash and recycling for neighboring Steelton, Paxtang, and Penbrook Boroughs.

The need for the NSF to use money from the General Fund is due, in part, to $10.9 million in unpaid trash bills throughout the city.

“I implore council to work with my administration in the coming months to figure out a strategy to create permanent stability in this fund,” Mayor Williams said, adding there needs to be an agreement on how to best collect outstanding trash payments, and what future city sanitation rates need to be.

Mayor Williams’ budget is able to focus these aforementioned areas thanks in large part to considerable amount money coming into the city in 2023 in the form of grants. More than $27 million is available in the form of American Rescue Plan funds, pending council approval, and $13 million will be allocated to improve city parks thanks to Community Block Development Grant funding.

Tuesday’s City Council meeting also marked the last for Councilman David Madsen. Councilman Madsen will be sworn in as State Representative for the 104th District on January 3. His resignation is effective as of January 2.

Once Councilman Madsen resigns, his position will be open for applicants, according to Council President Danielle Bowers. The application process will then close January 13.

On Monday, January 23, 2003, a special public meeting will take place in City Council Chambers where interviews for selected candidates will take place. Council will then select a new member, who will be sworn in at the beginning of session on Tuesday, January 24.

Tuesday’s Council session was the final one of 2022. The first work session of 2023 will take place on Tuesday, January 3.