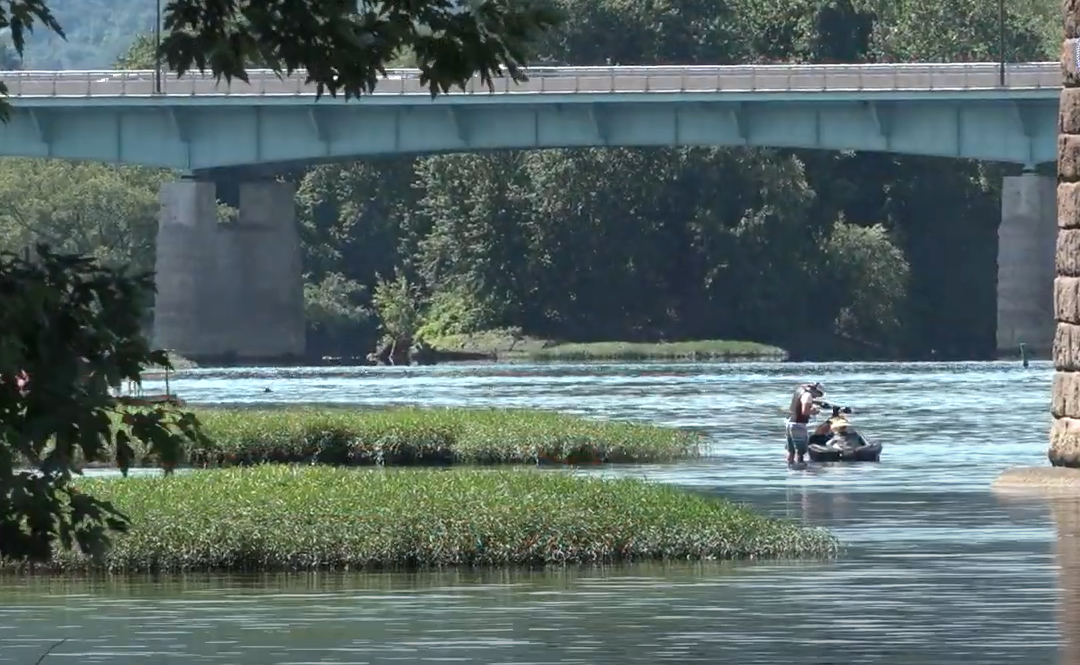 HARRISBURG – More people are expected to hit the Susquehanna River for some water fun on the Fourth of July holiday than nearly every other weekend of the year. With that, however, comes added concerns for boaters.

The July 4th holiday weekend typically sees the biggest crowds along the river in Harrisburg, according to Harrisburg Bureau of Fire Chief Brian Enterline, joining Memorial Day and Labor Day as the busiest boating weekends of the year. Hundreds of motor boats will join canoes, kayaks, and the Pride of the Susquehanna Riverboat. It’s an impressive armada, for sure, which also has potential pitfalls if you’re not careful.

Enterline says there are three tips boaters need to be mindful of every time they go out on the water. First, he says, is knowing the ins and outs of the waterway you’re traveling. The Susquehanna River, for example, may look calm, but is moving at a rapid 10,000 cubic feet per second.

Enterline added the Susquehanna River is currently at ideal conditions for motorized boats. However, for hand-paddle boats, like canoes or kayaks, Chief Enterline the speed of the water means extra vigilance if you’re unfamiliar with the river.

“That’s a pretty swift drift,” Enterline said. “For the unexperienced canoers or kayakers, you may think you’re in good shape. Then you get out here on the river and you end up in trouble because you can’t beat that current.”

Second, he added, and maybe just as important, is always having access to a personal floatation device, or PFD. Part of the safety of having a PFD, Enterline said, is always letting people know where you are going along the river in the event you get stranded.

“A lot of times we come out here on a wild goose chase looking for someone who went out, and no one has seen them come back,” he said. “They may be stranded on an island and they can’t paddle back to where they need to go.”

Another important tip is being mindful of the weather conditions.

Summer in the City of Harrisburg can be unpredictable when it comes to pop-up thunderstorms. While current conditions look sunny and calm for the most of the weekend, there are chances of rain on Friday and Saturday. With that in mind, Enterline says to always check the latest conditions before heading out on the water, especially those using canoes and kayaks.

“We see a lot of canoe trips come through and when those pop-up thunderstorms hit, those conditions can become deadly quick,” he said.

Any boats need to be extra careful, especially with low water levels which typically occur during the summer months, of debris which can wash down the river and get stuck underwater. Large branches, or full scale trees break off upstream during storms, and get caught around the Harrisburg area.

Also, leave the booze on the shore. You don’t drink in a car, and Chief Enterline stresses that drinking and boating do not mix.

Be mindful of dams, as well. The City of Harrisburg is home to the Dock Street Dam. There is also the Sunbury Dam in Northumberland County, and the York Haven Dam next to York and Lancaster Counties. Each dam has buoys marking off exclusion zones, and it is extremely dangerous to enter those zones, with potentially fatal consequences.

It’s important to have fun on one of the most festive holiday weekends of the year, and it is most important to be safe. The Harrisburg Bureau of Fire wants everyone to know you can do both by following these bits of advice.