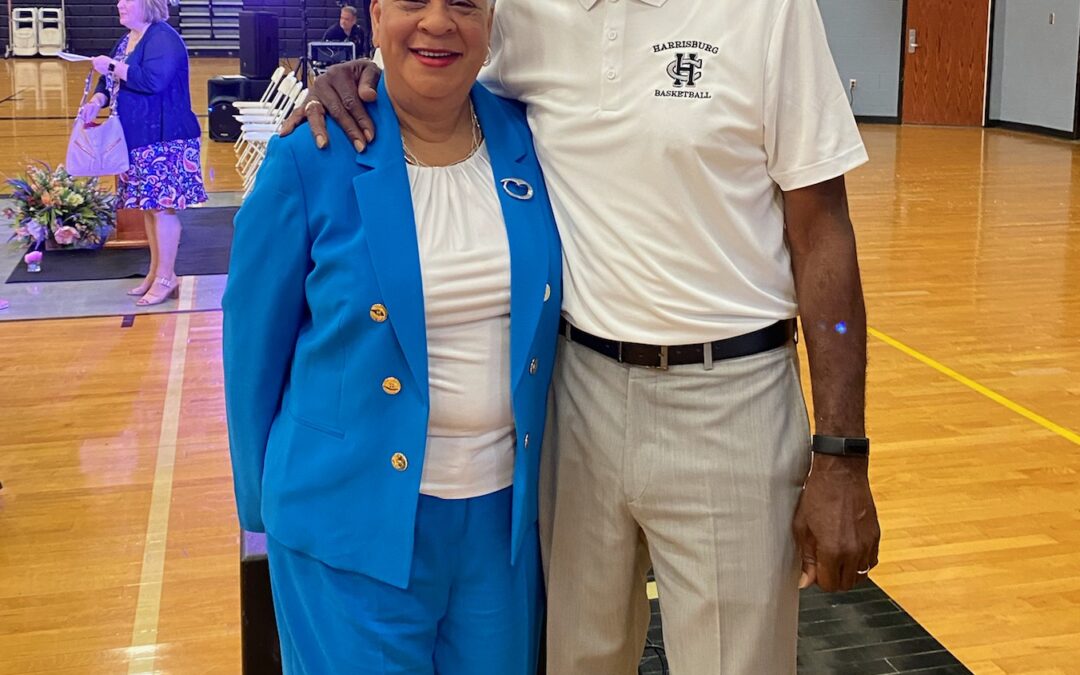 Moore, a public servant and youth mentor, was honored at a ceremony at the John Harris campus gymnasium. Among the attendees were family, friends, family, elected officials, and members of the Harrisburg community. He was also recognized for his years of service to Dauphin County as Program Director for the county’s Department of Parks and Recreation.

Mr. Moore has long been a good friend and advisor of City of Harrisburg Mayor Wanda R.D. Williams.

“Larry Moore is a phenomenal man. A Godly man, who has been there for me in the past,” Mayor Williams said. “Last year was incredibly difficult at times between the election and me losing both of my parents. Several times, Larry called and offered support, and told me to remember who was in charge and what direction I should follow, and that was God’s path.”

In his coaching career, Moore won 277 games, and holds the record for most wins in Harrisburg girls basketball history with 244, including a record 32 straight in the 2003-04 season. His teams have won three District 3 championships, have made three PIAA state semifinals, and played in one State Championship game.

Ninety percent of his players have gone onto college.

“What I’m going to take away from Harrisburg are the friendships of the kids, the staff, and the administration on how hard they work to move the kids to the next level,” Moore told FOX43 following the ceremony. “Love is the first word you use in coaching.”

As the founder of L. Moore Entertainment promotions, Moore plans to remain active in the community.