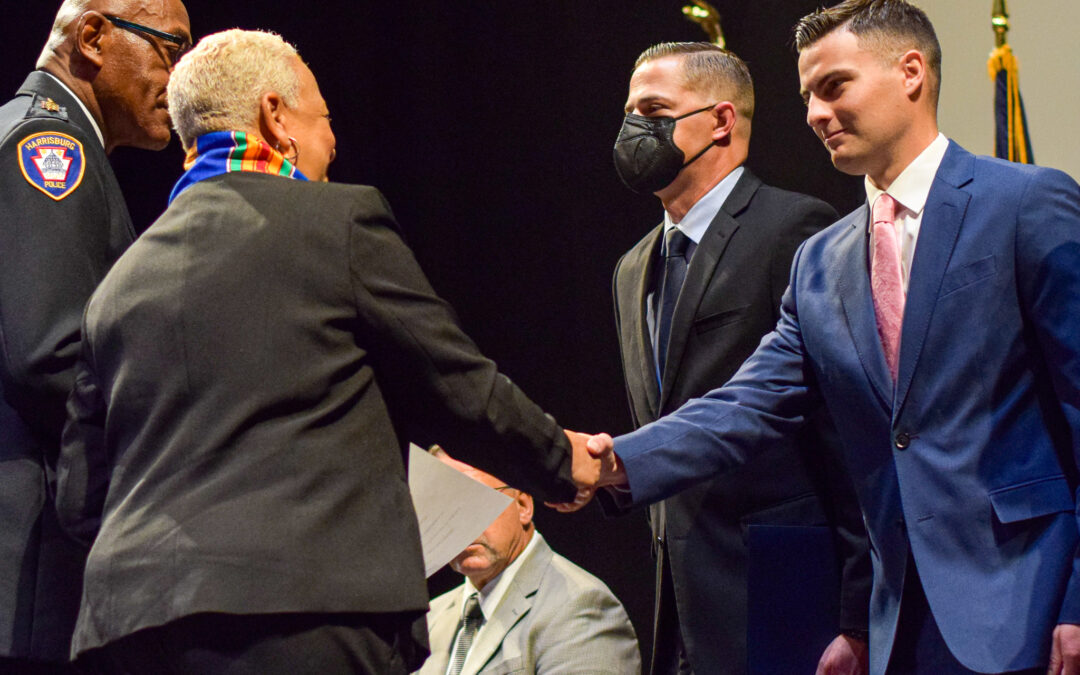 HARRISBURG — In front of friends, families, and their future colleagues, seven men took the oath to serve and protect City of Harrisburg citizens and join the Harrisburg Bureau of Police at a ceremony Wednesday at the Whitaker Center’s Sunoco Theater.

“The journey starts today, and we are watching,” Harrisburg Mayor Wanda R.D. Williams told the new officers in her speech. “In the City of Harrisburg, we hold our police to the highest standards of excellence. We demand our residents are treated with the respect they deserve. The road you are about to travel is littered with landmines that will try and trip you up, but you will rise above.”

Police Commissioner Thomas Carter referred to the seven officers as “the best of the best”, chosen following a rigorous selection and testing process.

“Policing is not easy,” Carter said. “It is getting harder. But they answered the call. And that tells me they come from good families and they care.”

In addition to the swearing-in of seven new officers, Officer Anthony Cummings was promoted to detective. Born in Lancaster, Pa. and raised in Mount Joy, Detective Cummings joined the Harrisburg Bureau of Police in 2017. Since then, he has become a first aide and defensive control tactics instructor, along with being a Field Training Officers. Detective Cummings is also a member of the Dauphin County Crisis Response Team.