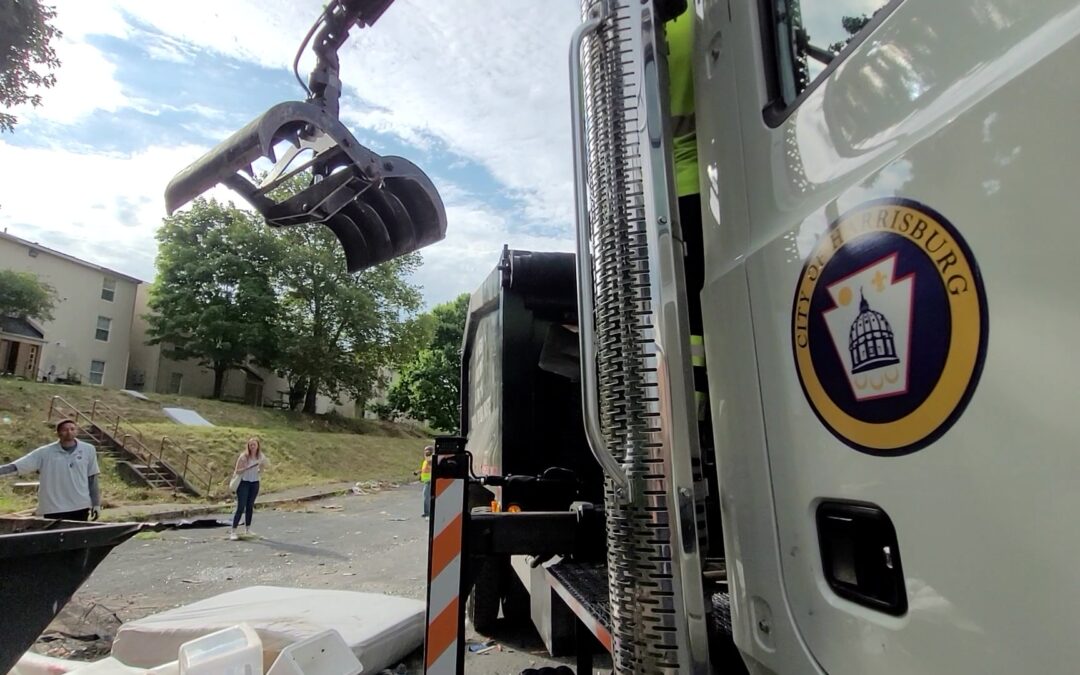 HARRISBURG — City of Harrisburg Public Works Director Dave West has a message to the people dumping tons of illegal trash in backyards and alleyways throughout the city: stop now, because you will be caught.

Public Works recently purchased more a dozen cameras, with more on the way, which will be installed at popular illegal dumping sites throughout the city — “hot spots” as Director West described them. They will be moved around to different sites constantly get a wide variety of footage. Public Works will then work with the Harrisburg Bureau of Police to catch the culprits who are committing these crimes.

“Once we get a license plate, or a positive identification, we will be able to give it to Harrisburg Police and have these people prosecuted to the full extent of the law,” West said.

On Friday morning, the Harrisburg Public Works team was busy cleaning up illegal dumping sites at Primrose and Linn Streets, Atlas Street between Maclay and Woodbine, 6th and Maclay Streets, an alley behind 14th and Regina Streets, and 17th and Hunter Streets. They focus on illegal dumping sites on Mondays, Tuesdays, Thursdays, and Fridays, according to Director West, and often times have to go back to the same spot every two to four weeks.

Illegal dumping is essentially bulk garbage items. Typically, they are dropped off in pickup trucks or moving trucks and tossed aside in a darkly lit, hidden location. These items often include couches, refridgerators, toilets, tables, and a lot of home debris.

“It’s whatever they can get their hands on,” West said. “They find a hole where they think no one can see them and they dump whatever they want. They think they can hide, but we’re going to catch them.”

As of July 5, the City of Harrisburg Public Works team has picked up 49.58 tons of illegally dumped trash in 2022, which has cost the city $10,622.52. The city does account for illegal dumping cleanups in its enacted budget.

Residents are urged, if you see something, say something. Anonymous tips can be called into the City of Harrisburg Public Works office at (717) 412-4320.