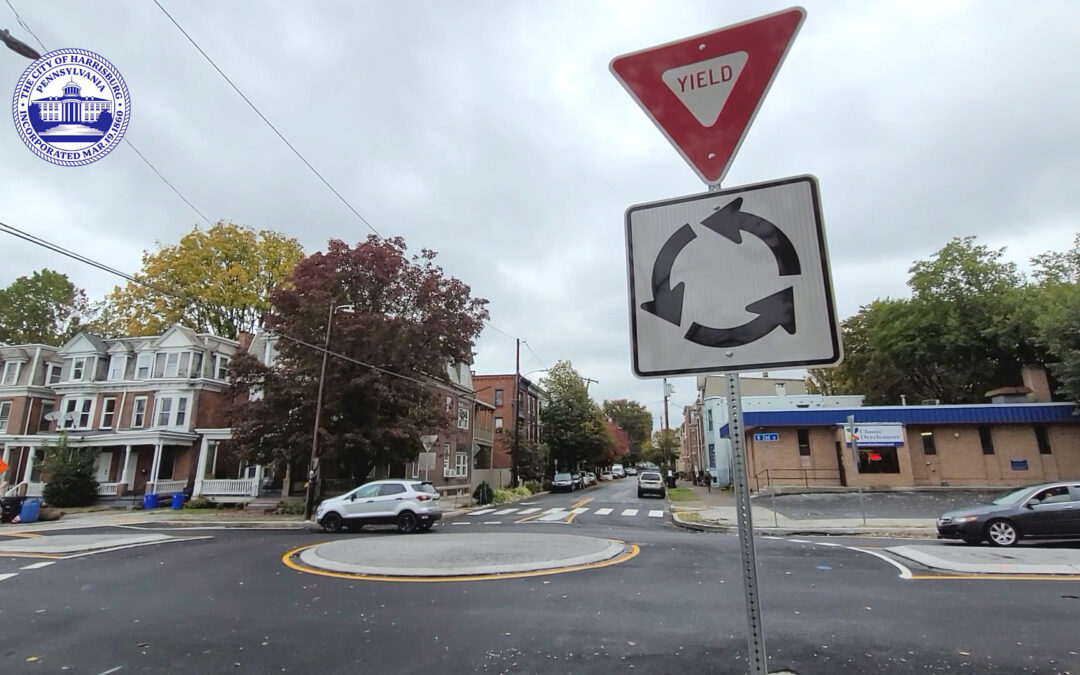 Second Street opened to two-way traffic between Division and Forster Streets on Thursday, October 13 for the first time in 66 years.

HARRISBURG – Moving into a “new millennium” of traffic safety, Second Street transitioned into a two-way road between Division and Forster Streets for the first time in 66 years.

The first vehicle to travel southbound on Second Street in nearly seven decades made the turn from Division at 12:03 p.m. The two-mile stretch through Uptown and Midtown Harrisburg also includes three new roundabouts at Kelker, Reily, and Verbeke Streets.

Second Street’s two-way transition is part of the city’s Vision Zero traffic safety initiative to eliminate all vehicle and pedestrian fatalities by 2030.

“The residents get to have their neighborhoods back, and that’s fun,” said Percy Bullock, City of Harrisburg Engineering Project Manager. “They get to see one another without [Second Street] turning into a racetrack area.  It’s going to be a lot calmer atmosphere.”

Each roundabout features raised crosswalks which act as speed bumps for approaching vehicles. Drivers who are unfamiliar with driving through roundabouts will need to yield to traffic already in the circle.

Crosswalks in portions of Second Street without roundabouts will have ADA-compliant median islands with textured, yellow-painted areas in case someone needs to stop. Drivers looking for parking spaces should be aware of no parking sections 20-feet to the curb, marked by boxes with diagonal lines.

“Please stay off of that area so pedestrians can be easily seen by traveling cars,” Bullock said. “That is a ticketing area and we don’t want you getting a ticket for parking there.”

One stop light remains between Forster and Division, sitting at Maclay Street in front of the Governor’s Mansion.

Construction crews will be putting final touches on Second Street until Friday, October 21, weather permitting. Additional sealing will be placed on the road between the sidewalk cement and macadam. Some lines will be drawn on side streets, as well.