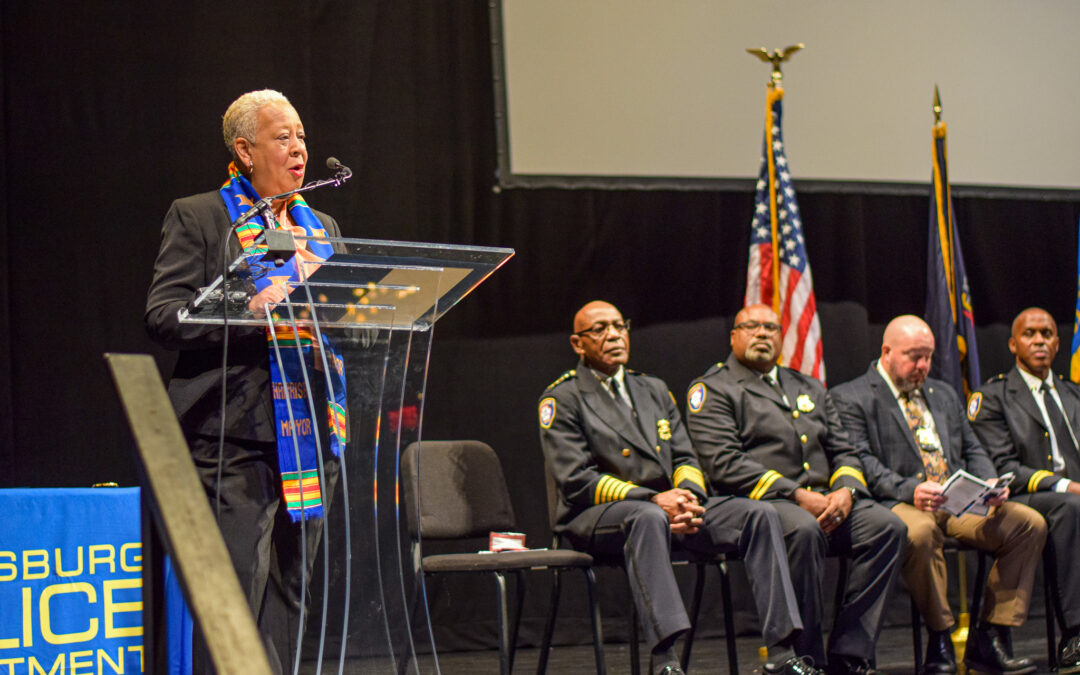 HARRISBURG – Eleven officers have answered the call to “Be the change” in the Harrisburg Bureau of Police, and were sworn-in as part of a ceremony Thursday at the Whitaker Center’s Sunoco Theater.

The 11-officer class of cadets represents one of the largest classes of new officers in recent years.

The officers sworn into the Harrisburg Bureau of Police on Thursday survived a months-long selection process. Cadets took physical agility tests and mental exams. They also passed a background check.

“You answered the call,” Mayor Wanda R.D. Williams said to the new officers during the ceremony. “The road you are about to travel is littered with landmines that will try and trip you up, but you will rise above.”

Among the new cadets is a historic member. Daniel Donovan, 64, comes to the Harrisburg Bureau of Police following a 34-year career as an attorney with the U.S. Navy’s Judge Advocate General’s Corps and U.S. Department of Defense. Officer Donovan also served on an aircraft carrier battle group, Naval Special Warfare Group ONE in San Diego, CA, and with U.S. Forces Korea in Seoul.

Donovan’s father was raised in Hershey, and grandfather served 38 years with the Pennsylvania State Police.

“Daniel Donovan is an inspiration to everyone, and shows that age should never get in the way of wanting to make a difference in your community,” said Mayor Williams.

Donovan, and 10 of his cadet classmates, will begin a six-month police academy course on Monday, January 9 at the Piccola Law Enforcement Complex at Harrisburg Area Community College. Along with intense physical training, Harrisburg officers will take part in a nearly 20 classes including learning how to operate a police vehicle, fire a weapon, and tactical self-defense, to how to transport prisoners, handle delicate issues like crimes involving child abuse, and EMT training.

Additionally, Officers Travis Banning and Donald Bender were promoted to the rank of Corporal. Banning, a 1993 graduate of West Perry High School and U.S. Army veteran, has been with the Harrisburg Bureau of Police since 2015. Bender, an Elizabethville, Dauphin County native and graduate of Harrisburg Area Community College, joined the Bureau in 2009 and works in the K-9 Unit with Jack (retired) and current K-9 Zoe.