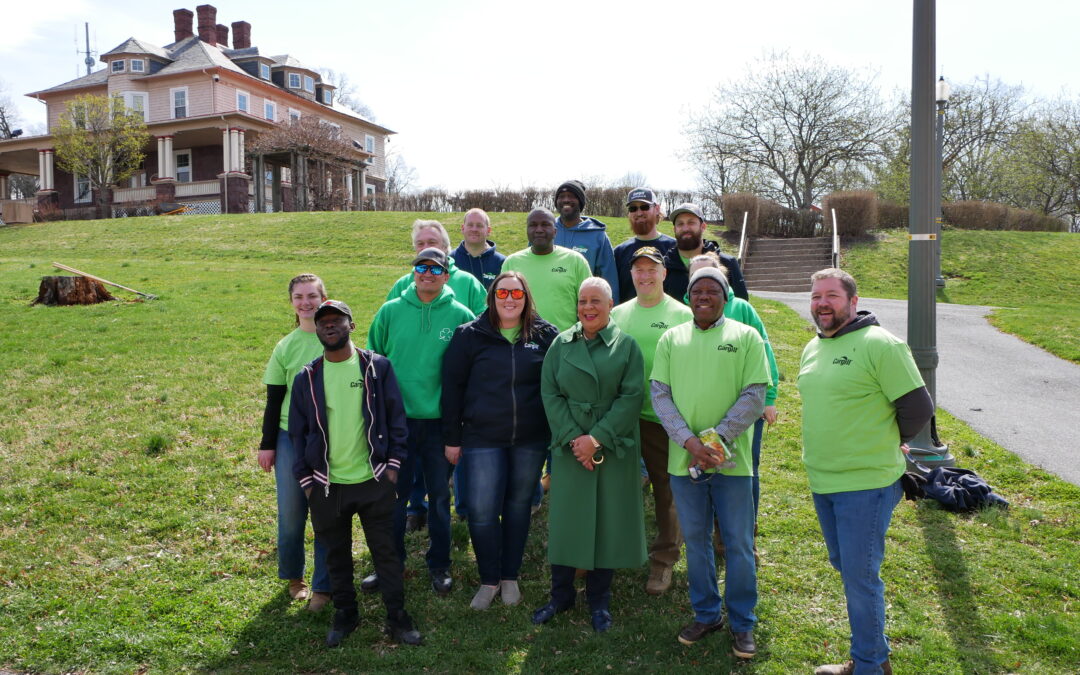 HARRISBURG — Children in the City of Harrisburg and surrounding Capital Region will soon have a state-of-the-art playground to run, jump, and slide every day.

Mayor Wanda R.D. Williams, alongside city and state leaders, and local elected officials, broke ground Monday on the “Chutes and Ladders” playground in Reservoir Park. The playground, which is set for completion in August 2022, will bring the popular children’s board game to life, with dozens of slides and climbing apparatuses for kids to enjoy.

“One of my administration’s top priorities is to give our children more things to do, in safe spaces, so Mom and Dad can sleep easier at night,” Mayor Williams said. “We need to keep them active and having fun, so that they’re staying out of trouble. The Chutes and Ladders playground at Reservoir Park will bring together kids of all ages, giving them a safe haven to play a life-sized version of a classic game.”

Monday’s groundbreaking is a major milestone of what has been a five-year process to this point. The Master Site plan was initially approved in 2017 and completed in 2018. It highlights the tremendous partnership between the city, and its state and federal partners. The playground will cost $1,024,322.86, funded almost entirely through grants. The city’s Community Development Block Grant (CDBG) will cover $724,802.86 of the project, the Department of Conservation and Natural Resources is pitching in $250,000, and the city’s general fund will pay for $49,520.

“Thank you to DCNR and our State Representative Patty Kim, and State Senator John DiSanto, for helping to secure federal funding for this project,” Mayor Williams said. “Your work on this, and countless other projects, will help us transform Harrisburg’s parks into places where our children can thrive.”

Mayor Williams was joined at the groundbreaking by Rep. Kim and Senator DiSanto, plus Harrisburg City Council President Danielle Bowers, and Lori Yeich, from DCNR.

The impacts of the new playground will be felt immediately, and for the next generation of Harrisburg youth, Mayor Williams said. Breaking ground on the Chutes and Ladders Playground will lead to needed Reservoir Park improvements which includes new trees, new sidewalks and walkways, improved ADA accessibility, improved traffic control, new green infrastructure, and new recreational opportunities.

The project is broken down into two phases. Phase 1 is the Chutes and Ladders Playground, and Phase 2 is expanding the current parking lot and adding a tot lot.

Capital Region Water is planning on partnering with the City for Phase 2.