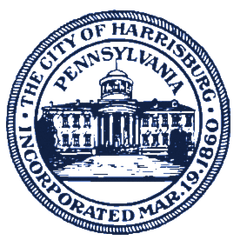 Statement from City of Harrisburg Mayor Wanda Williams on the confirmation of Justice Ketanji Brown Jackson to the United States Supreme Court:

“Nearly 59 years ago, Dr. Martin Luther King Jr. stood in front of the Lincoln Memorial in Washington D.C. and told hundreds of thousands of people about his Dream. His Dream that his children would one day live in a nation where they would not be judged by the color of their skin but by the content of their character. Today, Dr. King’s Dream is one step closer to reality.

“Ketanji Brown Jackson was born seven years after Dr. King gave his famous speech. Today, though, she is the embodiment of his Dream. Black men and women have lived through the “bitter, but beautiful struggle” that Dr. King spoke about at the Riverside Church in New York City on April 4, 1967. The words he spoke about then echoed through America today, as Justice Jackson became the first Black woman to be confirmed to the United States Supreme Court.

“This is a historic day, not just for African Americans, but for all of America. Justice Jackson represents the best in all of us. As a former public defender, the first to ascend to the nation’s highest court, she will bring empathy and compassion to a criminal justice system in desperate need of it. As a Black woman, she is a reflection of Dr. King’s Dream, now being realized before our eyes.

“I applaud the 53 Senators, and our Pennsylvania Senator Bob Casey, for their bravery in confirming Justice Ketanji Brown Jackson, and for realizing it does not matter the color of her skin, but the content of her character and qualifications that have led to this historic day.”

The Honorable Wanda R.D. Williams became the second Black mayor and second woman to be elected Mayor of Harrisburg in November 2021. Prior to her election, she was the longest-serving Harrisburg City Council President.