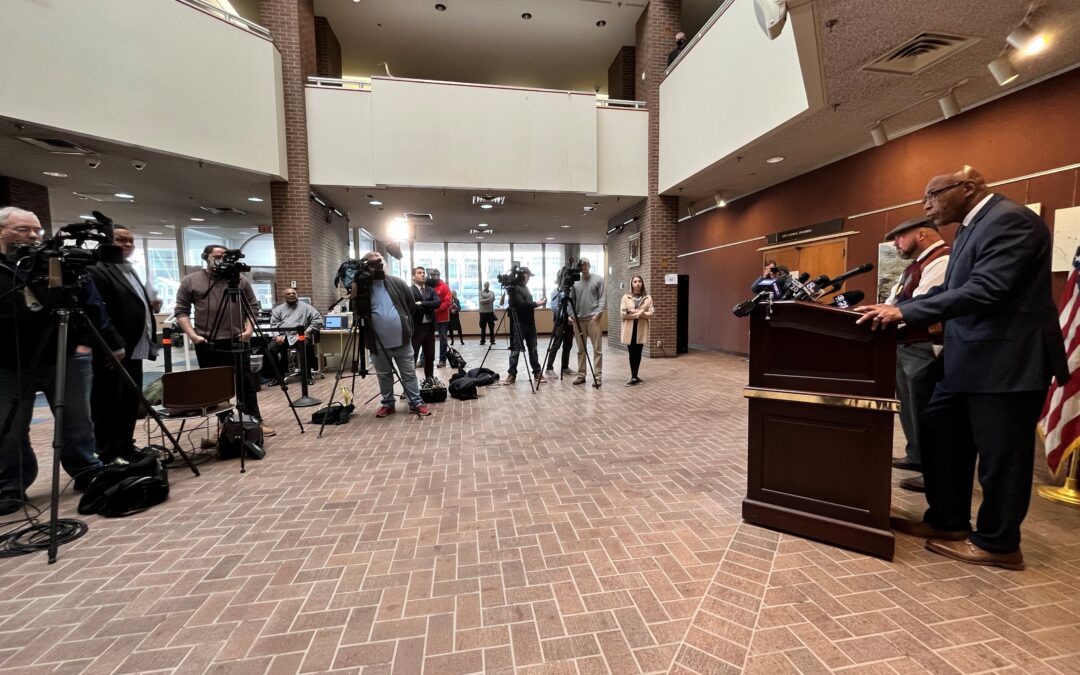 Director of Communications, City of Harrisburg

Police are actively searching for the person who shot and killed Shawn Hairston, 35, and Ana Scott, 42, after the two were murdered at 28 South 16th Street on Sunday afternoon. This is believed to be a targeted shooting, according to Harrisburg Police, and the public is not in any danger at this time.

“Today, I am heartbroken. I am angry. And I am more committed than ever before to end the issue of gun violence in the city,” said Mayor Williams. “Two families are without a son and a daughter. And why? For what?”

Too often, Williams and Carter added, shootings like these occur, and witnesses are uncooperative to help with the investigation.

Such was the case with a series of shootings which Harrisburg Police say took place Saturday morning near the area of North 2nd and State Streets, and later Uptown at North 6th and Schuylkill Streets. Police found one adult male shot, who was taken to a nearby hospita. A second gunshot victim walked into a hospital a couple hours later, saying he was involved in both incidents. A third victim approached police while they were investigating the N. 6th and Schuylkill shooting. All three are currently stable in the hospital.

However, in all three shootings, witnesses and victims have not cooperated with police.

Carter says his officers are trying to work with people in the city by showing compassion, but the city needs a “holistic approach” with everyone involved.

“I echo the same thing that every police commissioner and every police chief says across the country,” he added. “We need the help of the citizens to stop this violence.”

The first shooting of the weekend took place on the 900 block of North 19th Street on Friday evening, where police say Fredys Pimentel, 74, shot towards a house then drove away. No one was injured. Pimentel was found by police nearby a short time later with an apparent self-inflicted gunshot wound to the head. His handgun was recovered.

Mayor Williams says reducing violence like what the city experienced over the weekend is among her top priorities in office.

“If you see something, say something,” Mayor Williams said. “The city has some of the best people and best police officers, and our best days are ahead of us. It won’t always be easy but the greatest accomplishments never are.”

The entire press conference involving Mayor Williams, Commissioner Carter, and Captain Terry Wealand can be watched on the WHBG20 YouTube page via this link.