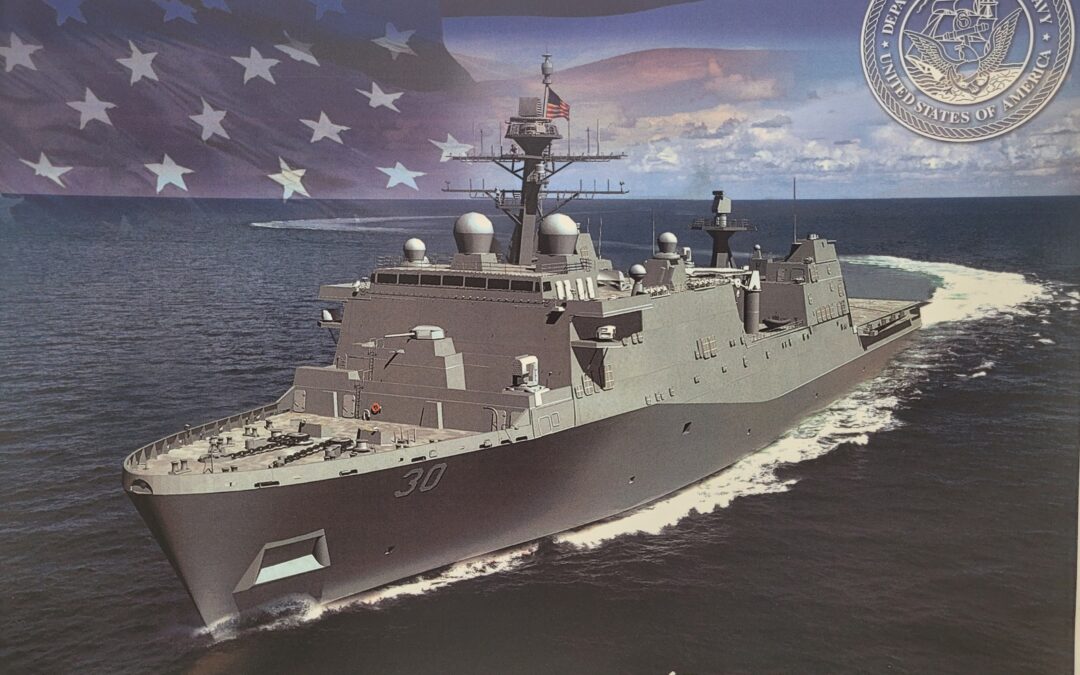 In honor of a visit from U.S. Navy Rear Admiral Thomas Anderson and an update on construction of the USS Harrisburg warship, Mayor Williams proclaimed Monday, September 19, 2022 as Harrisburg Navy Day.

HARRISBURG – The City of Harrisburg will soon be recognized worldwide thanks to the United States Navy.

The U.S. Navy is in the process of constructing the USS Harrisburg, an approximately $2 billion landing platform dock ship. Construction, currently taking place in Pascagoula, Miss, is expected to be completed in 2024, and will be put into service in 2025.

The ship, which is approximately the size of two football fields, will be home to around 1,000 Sailors and Marines, transporting them to different locations across the world. It’s expected to call Norfolk, Virginia home, which means its travel focus will be the Atlantic Ocean and points eastward, according to U.S. Navy Rear Admiral Tom Anderson.

“These ships will deploy as part of an Amphibious Readiness Group, or ARG,” Rear Admiral Anderson said in a meeting Monday with Mayor Wanda R.D. Williams. “They will deploy for six months at a time and they will go where the nation needs them to be. In this time, the crew will form a bond with the city of their ship’s namesake. You will stay in touch with them to see what they are up to. It can be a very special bond between the crew and the city.”

Landing Platform Dock ships, or LPDs, are 684-feet long and can launch or land multiple helicopters and small planes. The USS Harrisburg will be the 30th commissioned in the fleet.

In honor of Rear Admiral Anderson’s visit and update on the USS Harrisburg’s construction, Mayor Williams presented him with a proclamation declaring September 19, 2022 as Harrisburg Navy Day. When the USS Harrisburg is commissioned in 2024, it will be the second USS Harrisburg in the U.S. Navy’s history. According to the website History Central, the original USS Harrisburg was built in 1888 in Paris as a three-masted schooner commercial passenger ship. The U.S. Navy acquired it and commissioned it in 1918, and made four trips to and from Europe, transporting soldiers and supplies during World War I. After the war, it made six additional trips across the Atlantic before it was decommissioned in 1923.