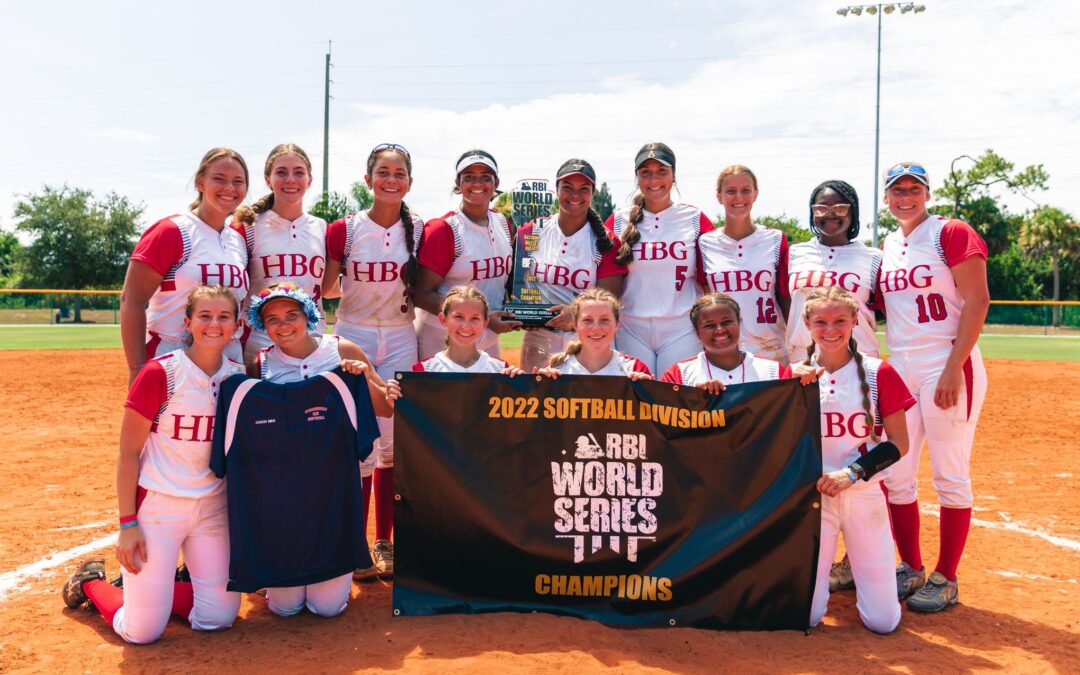 HARRISBURG – The party is on down Second Street to celebrate a group of Harrisburg-area world champions.

“We had a lot more energy than [Houston] knowing they had won three years in a row,” said shortstop Rachel Seneca. “We just wanted to end that. We didn’t want them to get a four-peat.”

Harrisburg’s RBI softball program is sponsored by MOSELF, Men of the South-East League Field, a local initiative run by Aaron Johnson which supports the growth of baseball and softball in the capital region. The team was re-named last year in honor of Stepp, a longtime local softball coach who died in 2020.

Harrisburg jumped on Houston early, scoring three runs in the first inning, and then hanging on for the 5-4 title-clinching victory. Molly Whitmeyer and Katelyn Strawser combined for five hits and four RBIs to lead Harrisburg. Mikaela Francois (2-for-3, double, run, RBI) added the other run.

“We definitely felt the energy on the field,” Francois said. “Our main goal was to keep the high and keep the energy. You could feel that all nine of us on the field and on the bench wanted that game.”

In celebration of Michael Stepp RBI of Greater Harrisburg’s World Series win, the city plans to host a parade for the team on Saturday, August 27. The team’s 15 players, numerous coaches and staff, and their families will be escorted through Downtown, starting on the Market Street Bridge at 11 a.m. The parade will turn onto Second Street and go past City Hall, turn left on North Street, and left on Front Street, before turning back onto the Market Street Bridge and arriving on City Island.

“We want everybody to come downtown and support these girls. These World Series champions from the Harrisburg area!” said Mayor Wanda R.D. Williams. “Every time they took the field, they wore H-B-G on their uniforms and represented our city with pride, and we couldn’t be more proud of them.”

Once the team returns to City Island, there will be a celebratory picnic in honor of the Harrisburg RBI win. The public is invited to eat and congratulate the team.

The parade will feature two Harrisburg Bureau of Fire firetrucks and more than a dozen antique cars.