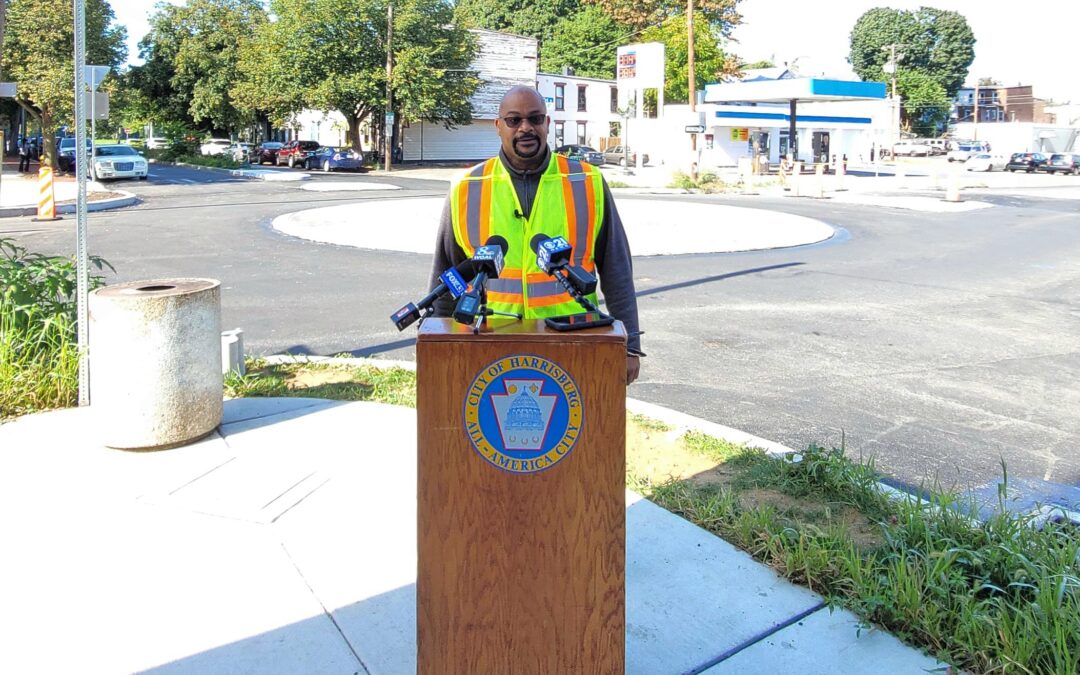 Second Street in Harrisburg will convert to north- and southbound traffic beginning Thursday, October 13 around noon.

HARRISBURG – A two-mile stretch of 2nd Street through Harrisburg’s Midtown and Uptown neighborhoods will transition to two-way traffic next week.

Beginning at 12 p.m. on Thursday, October 13, Second Street will include southbound traffic from Division to Forster Streets. Traffic in each direction will evolve into one lane, with a turning lane in the middle. Numerous traffic lights have been decommissioned, in favor of roundabouts at Verbeke, Reily, and Kelker Streets.

A traffic light will remain at Maclay Street in front of the Governor’s Mansion.

Drivers and pedestrians are being asked to remain patient and aware of their surroundings as the transition occurs. Second Street has not been a two-way road through this residential portion of Harrisburg since 1956.

The decision to turn 2nd Street back into a north-sound neighborhood road has been discussed going back to the 1970s. It didn’t become a reality until the City of Harrisburg’s Vision Zero traffic project publicly studied the idea in 2017. City Council, led by then-council President, Mayor Wanda R.D. Williams, approved funding for the PennDOT traffic study and engineering planning to convert 2nd Street to two-way traffic.

Construction on 2nd Street started in early April with a project competition date in “late October, early November,” according to Project Manager Percy Bullock. Instead, work will complete in the coming days, weeks ahead of schedule. A few of the side streets need pavement sealing and sidewalk caulking. Some additional lines need to be drawn on the road, including lines to indicate an approaching raised crosswalk and speedbumps. Signage needs to be completed as well.