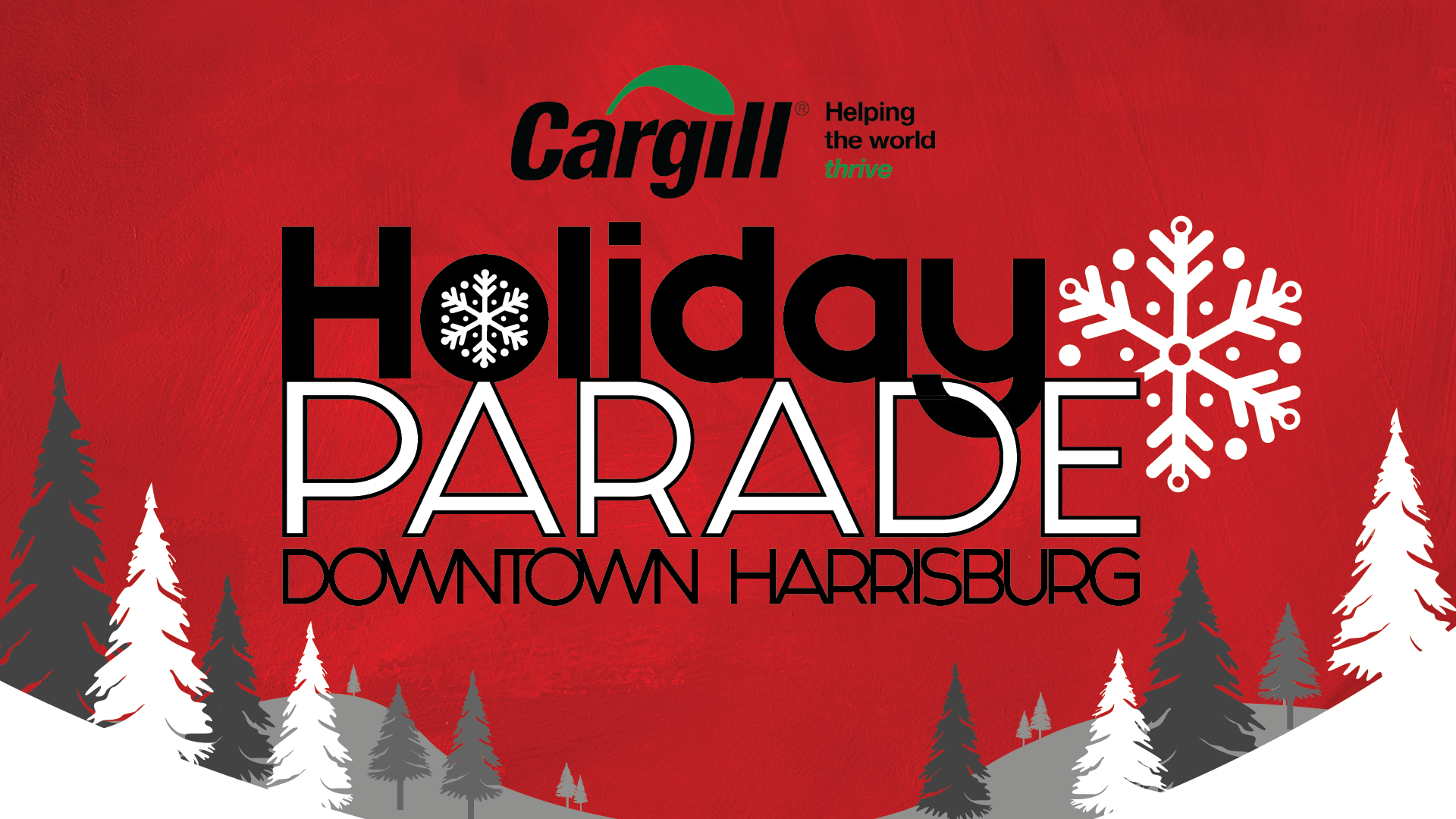 The City of Harrisburg will present the Cargill Holiday Parade in Downtown Harrisburg on Saturday, November 19, 2022 at 10am. This year’s theme is “A Very Vibrant Holiday.” The parade will feature giant parade balloons, marching band and dance team performances, decorated floats, characters, Santa Claus and more. The parade takes place on Front and 2nd Streets from Market to North. After the parade, head to Strawberry Square to meet Santa, enjoy FREE hot chocolate and cookies (while supplies last) and find out the marching band, dance/step/drill team and Best in Theme winners. Marching bands are awarded $500 for 1st place, $300 for 2nd place and $200 for 3rd place along with trophies. The top three dance/step/drill teams receive trophies and the Best in Theme winner receives a $100 Amazon gift card. Also while in the City, be sure to grab lunch from one of the many terrific restaurants and get some holiday shopping done at the shops and boutiques.

– The code LUVHBG can be used to receive 4 hours of free street parking in the Downtown area.

– The Market Square Garage is $10 from 8am-8pm courtesy of Park Harrisburg.

– The Market Street bus stop is directly beside the parade route and the train station is just 2 blocks away.

– The Market Street Bridge will be closed starting at 7 a.m.

– 2nd Street and Front Street will be closed from Market to Forster Streets starting at 7 a.m.

See below for photos of the 4 giant parade balloons that will be featured in the 2022 Holiday Parade. The balloons are provided by Fabulous Inflatables. Thank you to Capital Blue Cross, Mid Penn Bank, & Belco Community Credit Union for each sponsoring a parade balloon. We appreciate your support!

If you are interested in volunteering to assist one of the parade balloons through the parade route, please sign up online here. 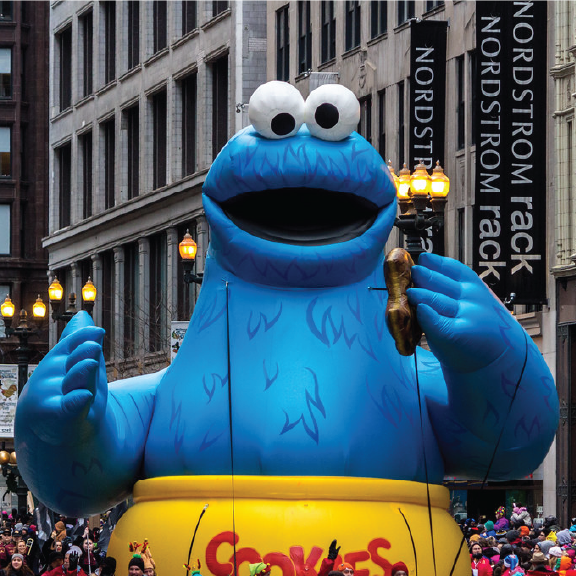 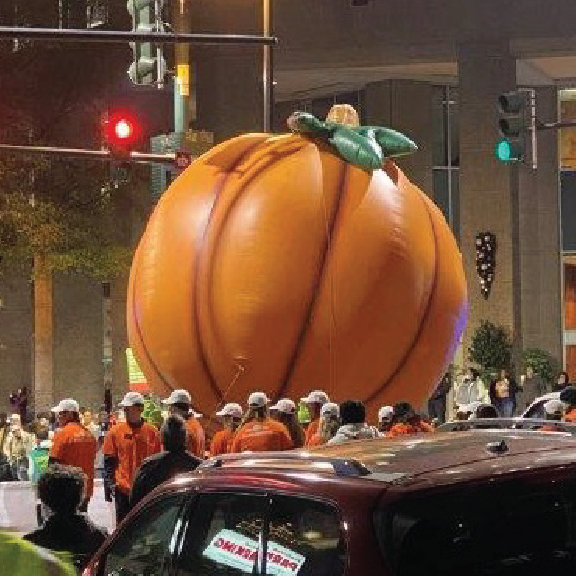 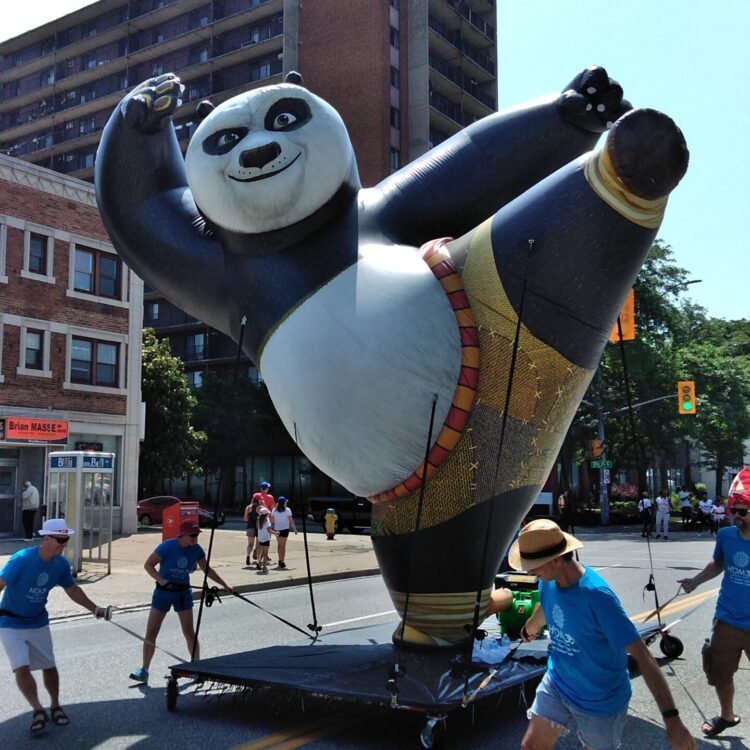 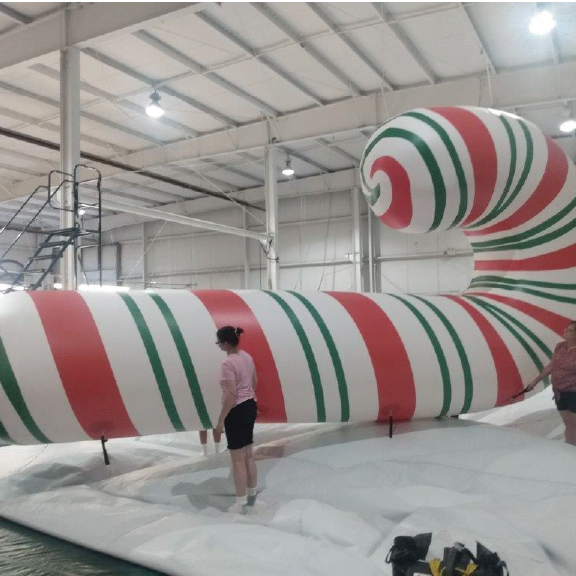 If you are interested in participating in the 2022 Holiday Parade, please complete the application below by Friday, October 14. We will begin to send acceptance notices on Monday, October 17 so we recommend applying prior to that for best consideration on acceptance.

If you would like to submit an entry for a decorated float, marching band, dance/step/drill team, walking group or vehicle, please complete this application. 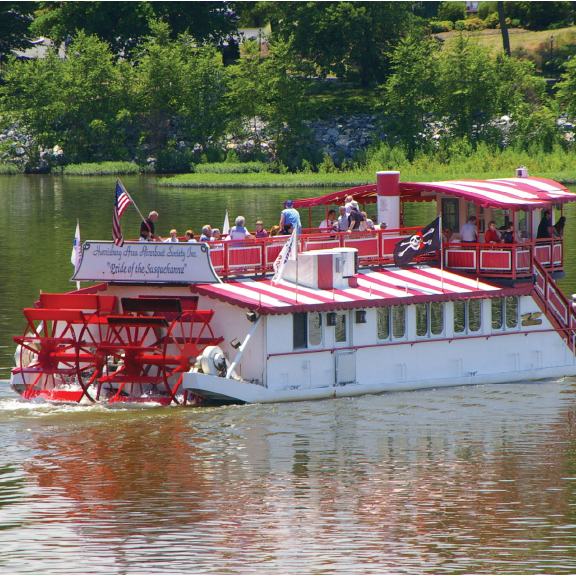 Plan a day of family fun on City Island! Take a ride on the Pride of the Susquehanna Riverboat, play a round of mini golf, tour the island aboard the City Railroad or enjoy a snack from Cafe Huey on their riverside deck. The island is also home to the Harrisburg Senators baseball team. 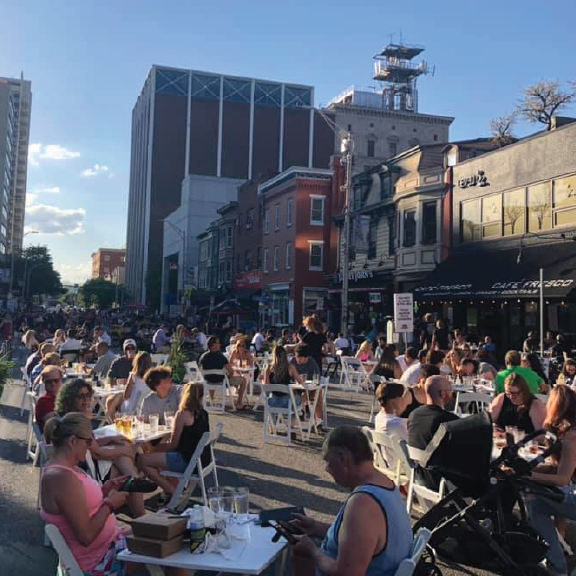 DINING IN THE CITY

The City is home to many restaurants serving a wide variety of cuisines. Find a place to get lunch and dinner after the parade at www.explorehbg.com/restaurants-nightlife 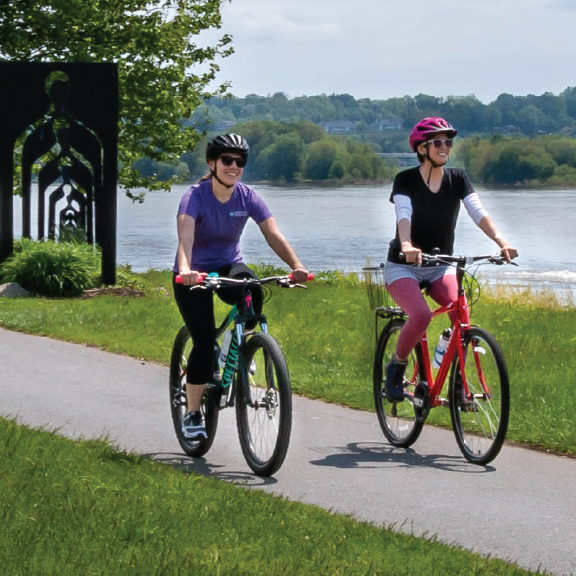 The VHH Adventure Trail highlights outdoor experiences for Hiking, Biking, Kayaking and Family Fun. Go for a stroll on the scenic 21 miles of the Capital Area Greenbelt, explore 8 trails at Wildwood Park, paddle along the Susquehanna River or head just outside the City for more adventures.

View all stops on the VHH Adventure Trail at visithersheyharrisburg.org 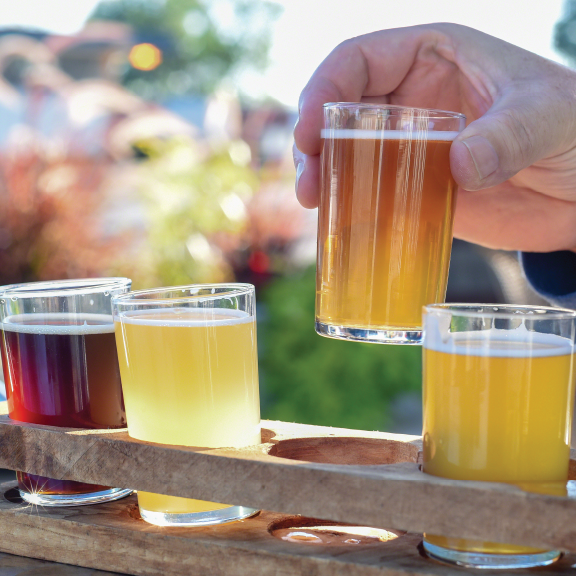 Participate in an interactive craft beer adventure in Harrisburg & Hershey. The trail features over 20 breweries, including 3 that are in the City. Be sure to download the Brew Barons Beer Trail app on your phone and check in as you visit each brewery to earn prizes. For full details, visit www.visithersheyharrisburg.org/things-to-do/beer-trails. See below for a list of breweries in the City. 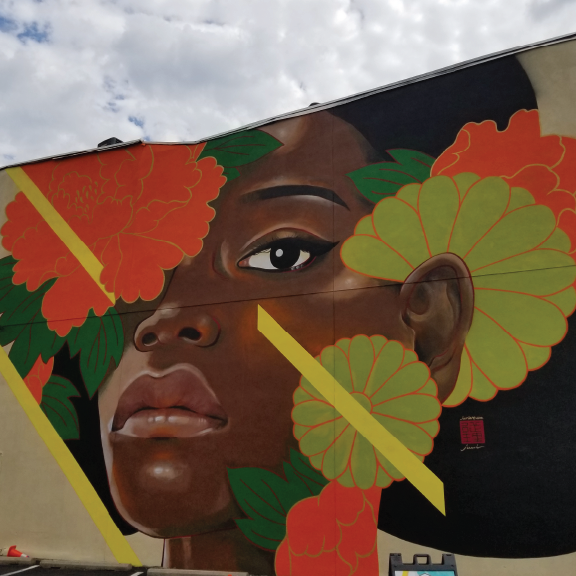 Harrisburg has 40+ murals to help brighten your day and boost your spirits. Explore Sprocket Muralwork’s Harrisburg Mural Trail to get a little inspiration, morale boost, and good old fashioned exercise. Get the map at www.sprocketmuralworks.com.

With so much to see and experience at the event and throughout the City, consider staying for the weekend to maximize your visit. View nearby hotels and bed and breakfasts in the City at www.explorehbg.com/stay

The City of Harrisburg relies on community partners to produce the Holiday Parade. This event will offer exposure to a diverse crowd of local residents and regional visitors alike. Please review the sponsorship packet and contact Cortney Ranck-Cameron at 717-255-3033 or [email protected] for more information about sponsorship opportunities. We are happy to create custom sponsorships to meet your goals.

Thank you to the following sponsors for supporting this event! It would not be possible without your support. 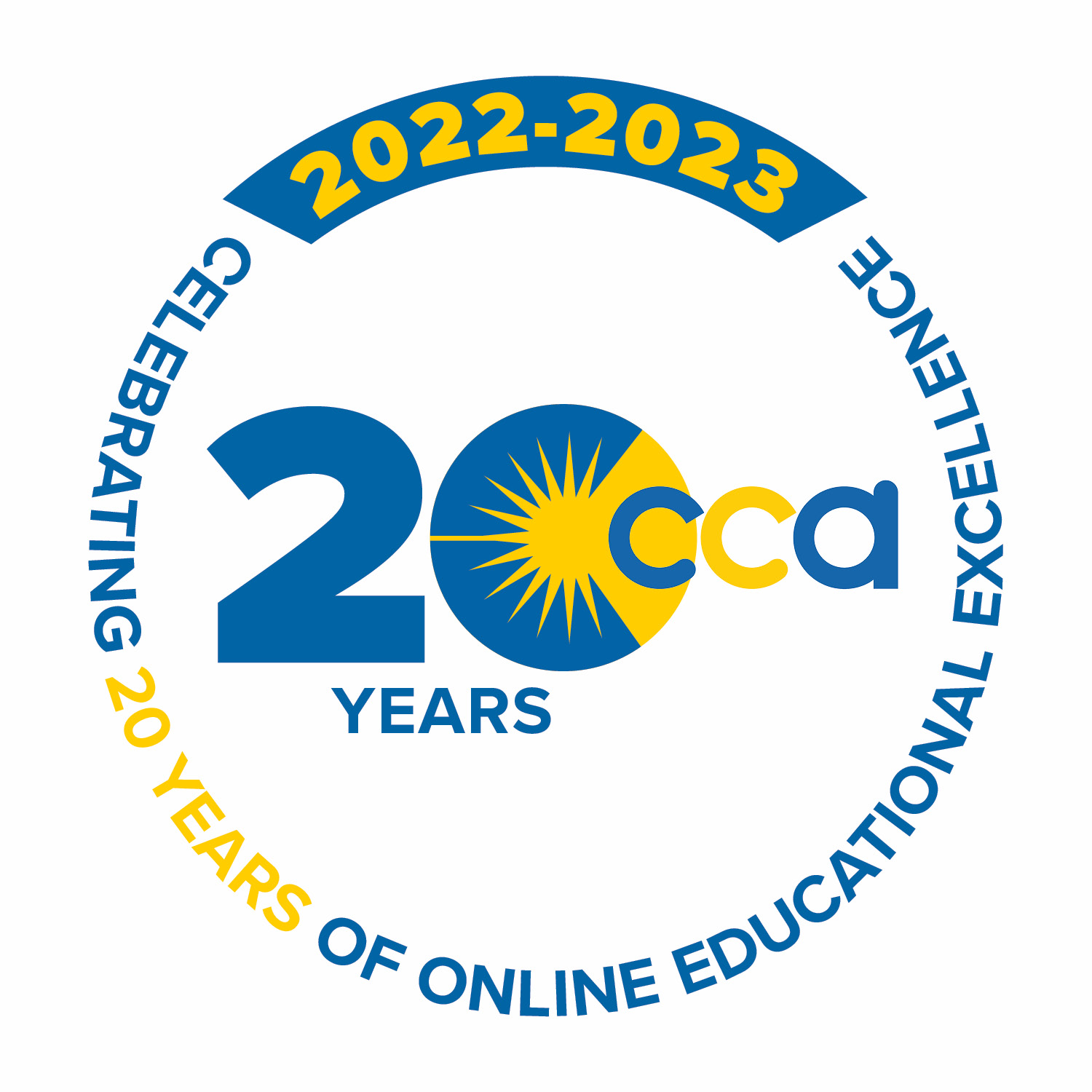 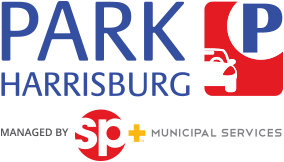