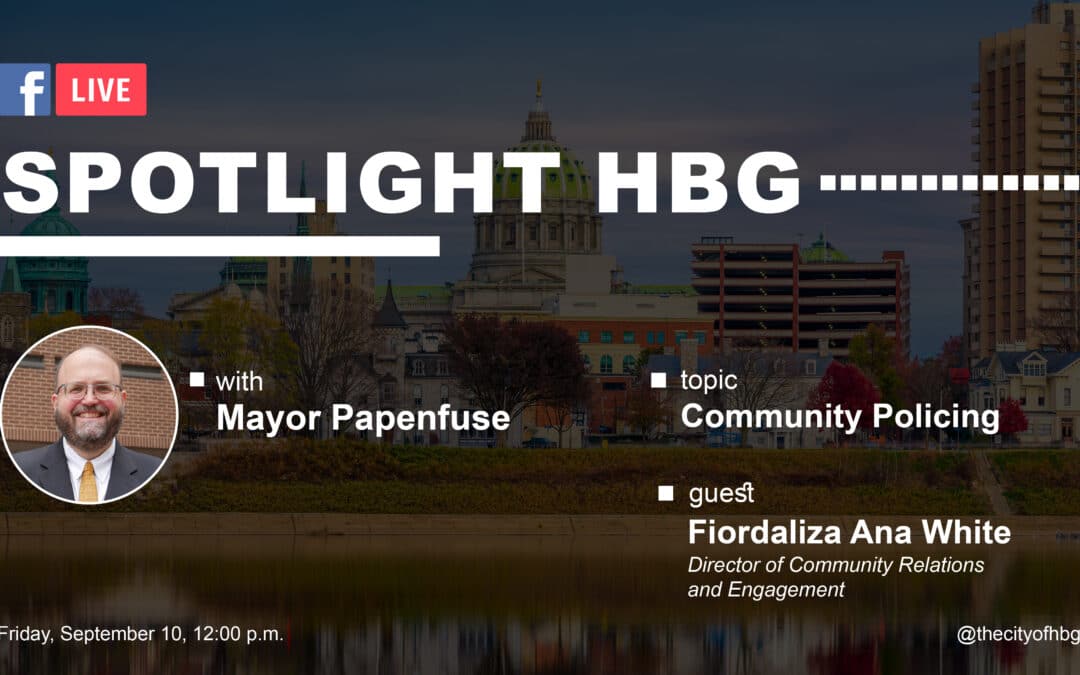 HARRISBURG – The City of Harrisburg is producing a new show, Spotlight HBG on Facebook Live Fridays at Noon with Mayor Papenfuse. The show’s first guest is Ana White, the new Director of Community Relations and Engagement within the Police Department’s Community Services Division. Tune in this Friday to learn about her and her role with the City.