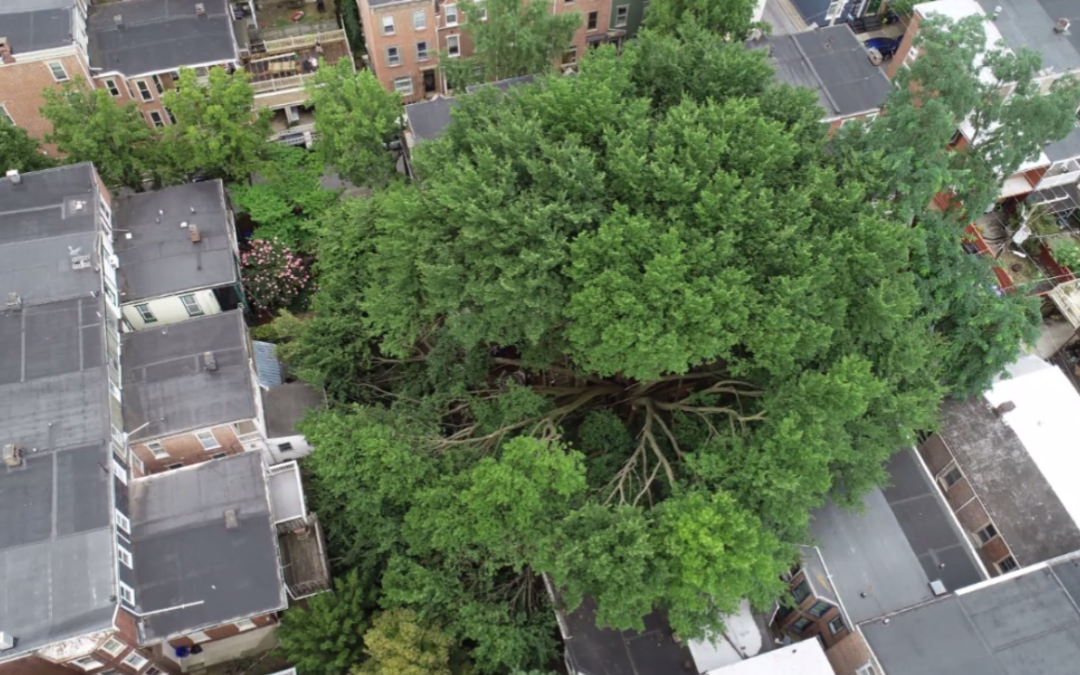 HARRISBURG – The City of Harrisburg, in partnership with PPL Electric Utilities, will remove a gigantic tree next week located behind multiple residencies in Midtown Harrisburg.

The tree, which is an 80-year-old elm, has grown so large, its roots cover multiple properties around Green, Harris, Penn, and Clinton Streets. In addition, its branches have started to impact power lines, affecting power to the immediate area. It has become a public safety hazard, with it posing an imminent threat not only to property damage, but damaged or destroyed power lines potentially causing electrical fires. Beginning Monday, August 1, it will be removed.

The process to remove such a massive tree is cumbersome, and the city is asking residents for their patience. A 100-ton Asplundh tree removal truck will be turning onto Green Street from Maclay Street at 6:00 a.m. on Monday, August 1. This intersection will be closed, up to 100 feet south onto Green Street, until 11:00 a.m. to allow for the truck to maneuver its way onto Green Street.

Once the truck is in place along Green Street between Harris Street and Clinton Street, the block will be closed to all parking and thru traffic until the close of business on Friday, August 5. Sections of Penn Street from Harris to Clinton, Harris Street, from Penn to Green, and Clinton Street, from Penn to Green, will also remain closed during this time.

Parking will also be closed from 1602 Green Street to Harris Street on Friday, July 29 from 8:00 a.m. to 1:00 p.m. to remove pear tree which is impacting sight lines on the elm tree removal.

In addition, PPL anticipates power outages in this square block radius on Monday, August 1 and potentially Tuesday, August 2. Residents are not being forced to leave their homes. PPL, which has offered to pay for the tree removal services, estimates approximately 56 customers and 25 residencies will be impacted by the tree removal.

Harrisburg Police Community Service Aides plan to walk door-to-door on Thursday, July 28 to leave information pamphlets provided by PPL. Professionals will also be on hand at the corner of Green and Harris Streets on Thursday from 4-6 p.m. to answer resident questions.

PPL has stressed the process to remove such a large tree is complicated, and is expected to take all week. Members of the press who visit the site may come across what appears to be a scene with little to no visible activity. PPL says it is a slow and methodical procedure.

UPDATE: HACC Midtown has graciously offered up their building at 1523 N. 4th Street in Midtown Harrisburg as a day shelter for impacted residents on Monday and Tuesday when the power is out. There, residents will have a place to park their cars, cool off from the heat, and work (if work is done remotely).

“As the community’s college, HACC is pleased to partner with the City of Harrisburg to offer these services at our Midtown building to nearby residents who will be affected by the tree removal project on Aug. 1 and Aug. 2,” said HACC President and CEO John J. “Ski” Sygielski.

The Red Cross of Central Pennsylvania is also graciously providing water and snacks during this time. Again, the City of Harrisburg is not forcing people to leave their homes. However, with no power on a potentially very hot day, the city realizes the inconvenience, and we’re grateful that HACC and the Red Cross have responded so generously to our requests for help.

More details will follow in regards to arrangements for impacted residents at HACC Midtown.