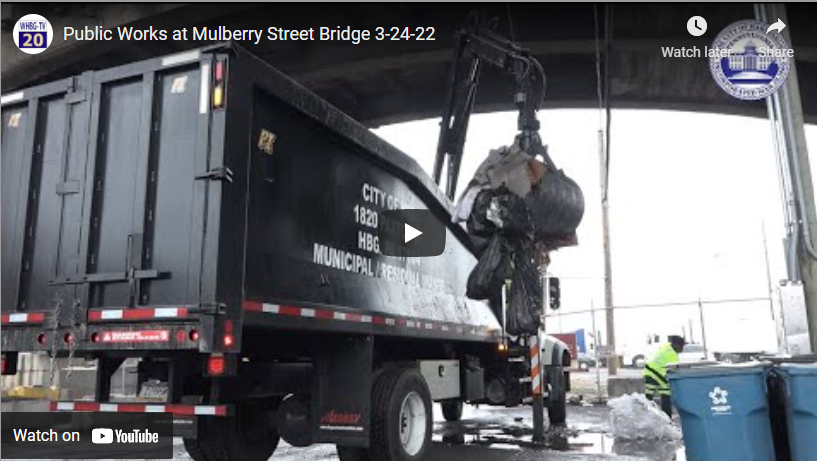 HARRISBURG — On Thursday mornings, you can find the City of Harrisburg Public Works team under the Mulberry Street Bridge, making the area a little nicer for the people who live there.

There is a homeless encampment under the bridge. Unfortunately, the spot is also used as an illegal dumping ground for people who live in the city. That is why every Thursday, starting at 10 a.m., Public Works department workers are under the bridge, cleaning the area of trash and blight.

“We try to come here to stay ahead of the trash accumulating in the area,” said Austin Griffin, Public Works Deputy Director.

Public Works officials use a clam truck to pick up heavy pieces of trash. Often times, a group of 4-6 workers go around the city, not just the Mulberry Street Bridge, cleaning up piles of garbage.

“We are trying to clean the whole city up,” Griffin said. “These guys may be homeless but they deserve to have somewhere clean to live too.”

Press interested in scheduling a time to do a story on the homeless encampment clean-up with the City of Harrisburg Public Works team should contact Matt Maisel, [email protected], or Melissa Mesones-Ortiz, [email protected], in the city’s Communications Bureau.