Congressman Scott Perry is a combat Veteran and has represented more than 725,000 people of the 4th Congressional District (all of York, all of Adams, part Cumberland and part Dauphin) of Pennsylvania since 2013; he earned re-election in 2018 to the newly-redistricted 10th Congressional District (all of Dauphin, part Cumberland, part York). He presently sits on the U.S. House Committees on Transportation & Infrastructure and Foreign Affairs.

After serving in his final military position as Assistant Adjutant General, Pennsylvania National Guard, Perry retired at the rank of Brigadier General on 1 March 2019, after nearly 40 years in uniform. He served three terms in the Pennsylvania General Assembly, has a Bachelor’s Degree from Penn State University in Business Management, and Masters’s in Strategic Studies from the US Army War College. Scott resides in Northern York County with his wife, Christy and two children. 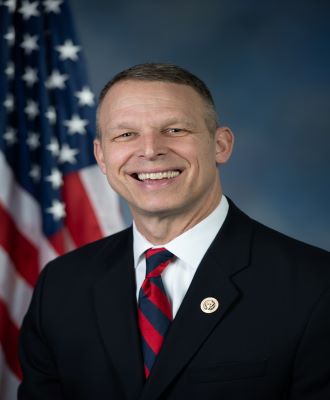