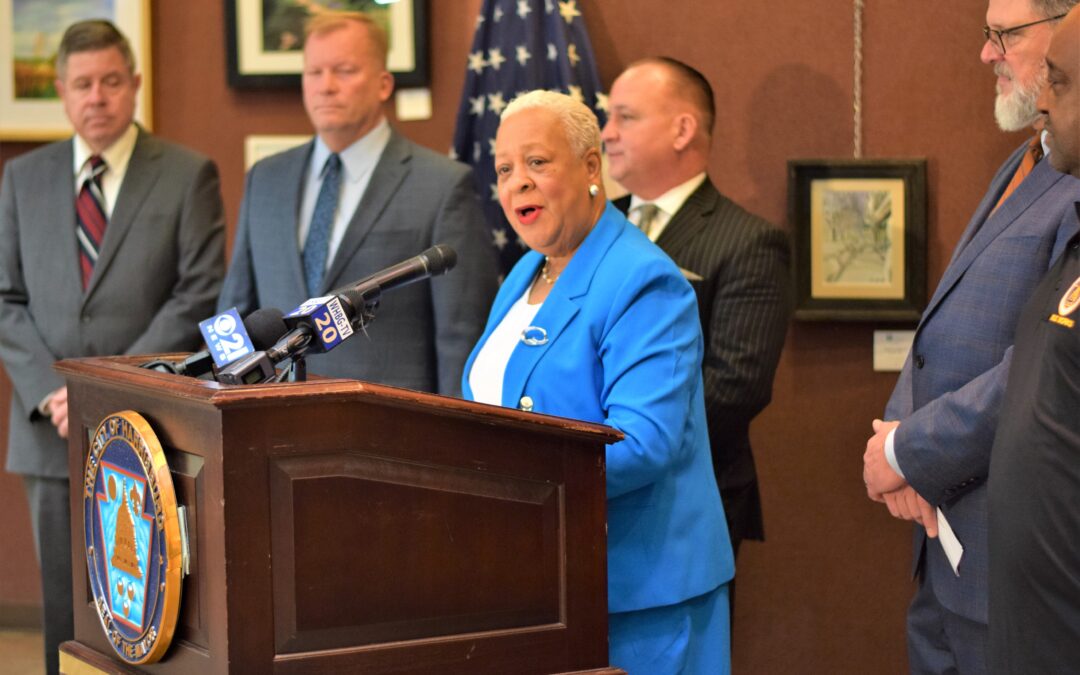 City of Harrisburg and Dauphin County officials are splitting the cost for a city-dedicated illegal dumping enforcement officer.

HARRISBURG – Illegal dumping in the City of Harrisburg will soon meet its match, thanks to a joint effort by city officials and Dauphin County leaders.

Pete Baltimore was introduced as Harrisburg’s environmental enforcement officer at a press conference Tuesday at the Martin Luther King Jr. City Government Center. Mr. Baltimore was most recently the county’s EEO. Prior to that, he was a corporal in the Pennsylvania State Police, with an emphasis on forensic investigations.

He will now focus solely on illegal dumping efforts in the city.

“The issue of illegal dumping is a literal and figurative stain on our communities and neighborhoods,” said Mayor Wanda R.D. Williams. “I am thrilled, and frankly, relieved, we are addressing it today.”

Dauphin County Commissioners will sign a memorandum of understanding at their November 2 meeting, designating the terms of Mr. Baltimore’s position. The cost of Mr. Baltimore’s salary will be split 50-50 between the county and city governments.

A new environmental enforcement officer will be created for Dauphin County in November, once Mr. Baltimore’s transition to the city is complete, and will be paid in full by the county.

“’Harrisburg on the rise’ is just a phrase but we are committed to making it a reality, and it starts here, now,” said Commissioner Mike Pries. “This is a true team effort. You’ve had enough. We’ve had enough. We take action starting today.”

Key duties for the new environmental enforcement officer include issuing warnings and citations, testifying in court, working with the Harrisburg Bureau of Police, do surveillances, visit dump sites and dispose facilities around county, as well as help with private haulers, businesses, and resident concerns.

Illegal dumping in the City of Harrisburg was recently met head on by Public Works Director Dave West. In august, Mr. West led the effort to install a dozen surveillance cameras throughout the city to catch illegal dumpers in action. This ongoing surveillance has helped identify “hotspots”. In addition, the city has been able to begin to identify illegal dumping perpetrators.

“We have organized efforts to stop illegal dumping throughout the city, and we want to let our residents know that we need your help. You will remain anonymous,” Director West said. “We’re coming for you. We’re going to get you. You don’t belong here.”