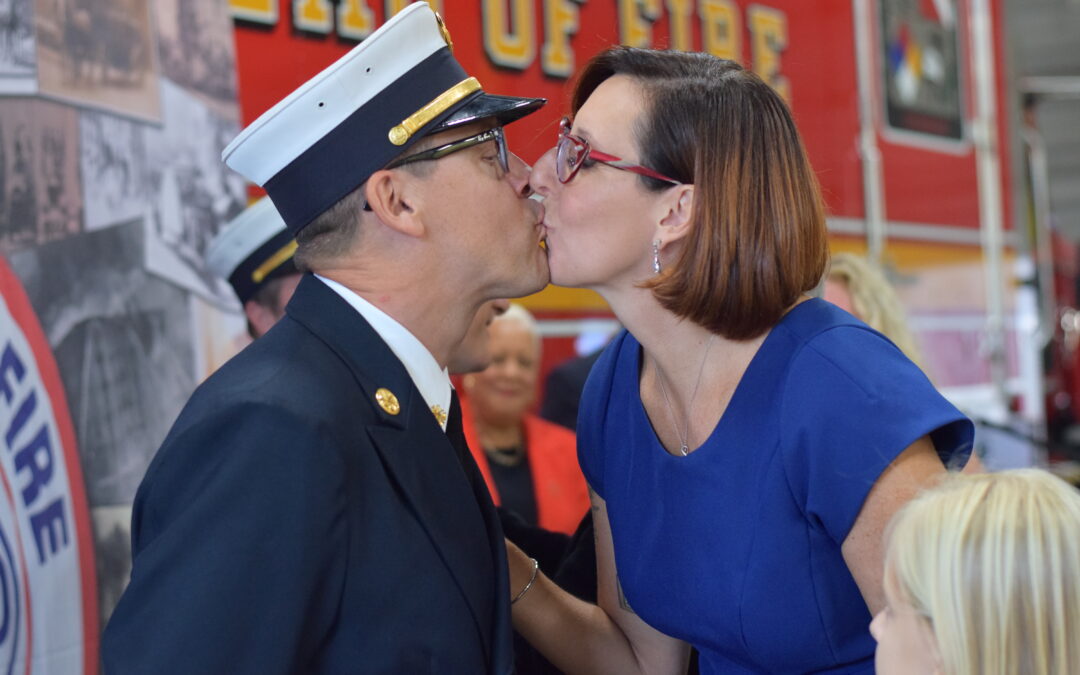 The Harrisburg Bureau of Fire honored more than 60 firefighters, paramedics, and citizen volunteers at its annual awards ceremony held at Station 2 on N. 16th Street on Tuesday, October 11.

HARRISBURG – More than 60 firefighters, civilians, and paramedics were honored at the Harrisburg Bureau of Fire’s annual awards ceremony for their life-saving and heroic actions over the past year.

Firefighters were honored in six categories: Awards of Merit, Bravery, CPR Save, Customer Service, Heroism, and Unit Citation. Since the start of 2022, not one life in the city has been lost on the watch of the Harrisburg Bureau of Fire. Its success, according to Chief Brian Enterline, can directly be attributed to historically quick response times, often responding to scenes in under five minutes.

“The success of the bureau is directly attributed to the work you do daily,” Enterline said at Tuesday’s ceremony. “At the end of the day, each one of us is a public servant doing the people’s work, and keeping our commitment to the oath we took when we were sworn into office.”

“While others run from danger, you bravely step foot into the fire,” said Mayor Wanda R.D. Williams. “You risk your lives to save others, and for that, we are indebted to your service.”

Chief Enterline also lauded the bureau for their work responding to neighboring municipalities when they are in need. Often times, Harrisburg firefighters are first or second on the scene when emergencies occur outside the city.

Eight members of the Harrisburg Bureau of Fire were unable to make it to Tuesday’s awards ceremony. They are members of Pennsylvania Task Force One, an elite group of first responders who specialize in urban search-and-rescue under the guidance of the Federal Emergency Management Administration. The eight Harrisburg firefighters were helping Hurricane Ian rescue efforts in Charleston, South Carolina and Lee County, Florida, one of the hardest hit regions.

They are scheduled to return to Philadelphia on Wednesday.

The following firefighters were honored with awards at the ceremony:

The Harrisburg Bureau of Fire also paid thanks to Mary Henderson, who retired from the bureau in June after 27 years fighting fires in the city. He began his career as a volunteer firefighter with the Mount Pleasant Fire Company on Allison Hill.