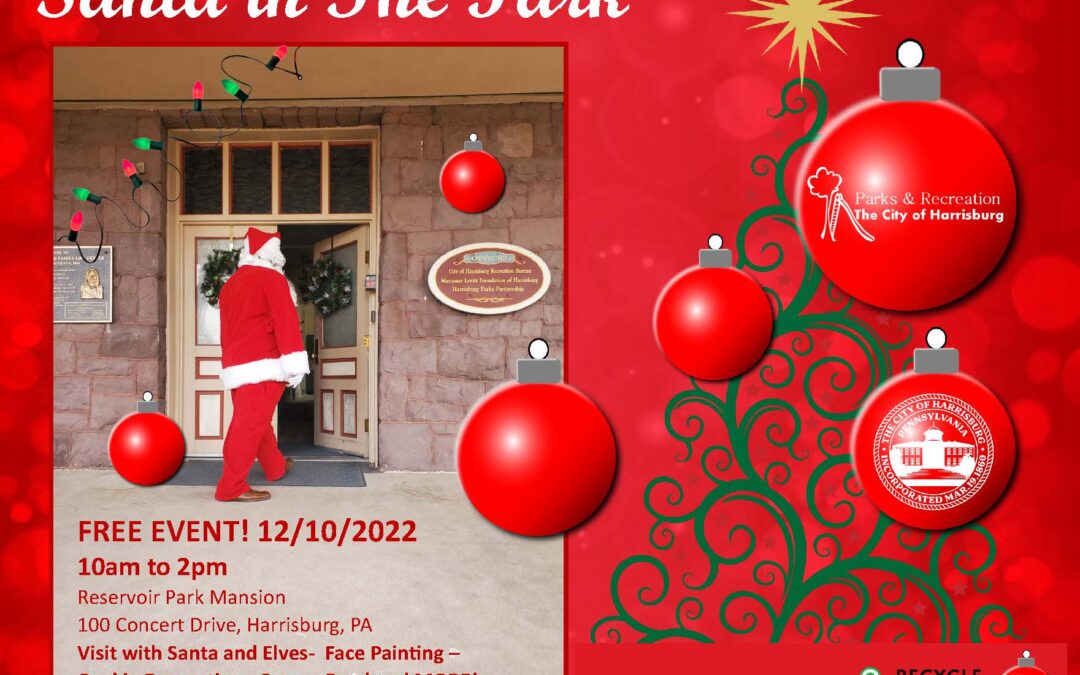 Harrisburg area families can visit Santa Claus and his elves at the annual "Santa In The Park" event on Saturday, December 10. Children can also drop off their letters to Santa which will be delivered directly to the North Pole!

Santa will be joined by a few of his elves at the Reservoir Park Mansion on Saturday, December 10. The annual event, titled Santa In The Park, will take place from 10 a.m. to 2 p.m. and is free for families.

“Santa and Mrs. Claus are preparing for the Santa in the Park event. Santa’s team is very excited to spend this day with the community of Harrisburg!” said City of Harrisburg Parks & Recreation manager Kevin Sanders.

Along with visiting Santa Claus, children can participate in face painting activities and cookie decorating, and warm up with hot cocoa and snacks.

In addition, families can bring with them letters which will be hand-delivered to Santa as part of Operation: Santa, a service provided by the U.S. Postal Service. The City of Harrisburg’s Parks and Recreation Bureau will be accepting letters for Santa until December 10.

Anyone who wishes to mail their letters to Santa directly can do so in an envelope addressed to:

Operation: Santa is a program operated by the USPS in which children or adults write letters to Santa Claus with wishes of what they hope for Christmas. The letters are posted to the US Postal Service website, where generous people from all over the country adopt a letter, find a gift, and ship it to a participating post office location.

No postage is necessary if the letter is placed in Santa’s Mailbox at the Reservoir Park Mansion. City officials will place postage for you. Postage is required if you mail the letter yourself. Return addresses must be on the envelope and the letter.

“Santa has to read a lot of letters so adoption is not guaranteed,” said Parks and Recreation Director Dave Baker.

Anyway questions and comments can be sent to city Parks and Recreation at (717) 232-3017, or by visiting uspsoperationsanta.com.