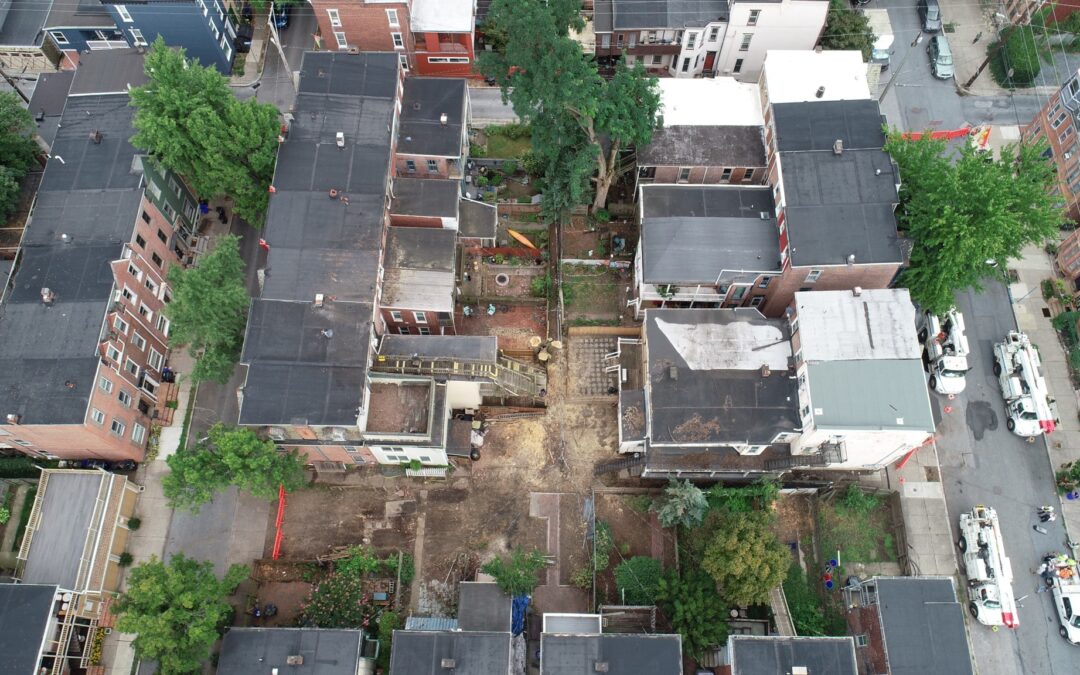 As of 3 p.m. Friday, August 5, parking is open and vehicular traffic is allowed on the square block of Green, Penn, Harris, and Clinton Streets in Midtown. Work is complete to remove the 80-year-old elm tree which sat in a courtyard behind homes in the area and was unfortunately becoming a hazard and public safety concern for residents. There was no additional property damaged in the process of removing the tree. The City of Harrisburg and PPL thanks residents for their patience this week.

PPL bucket trucks remain on the scene to help temporarily fix hanging power lines which were being held up only by tree limbs. PPL is working with Verizon and Comcast to hopefully come out next week and potentially install new poles where necessary. PPL is also informing affected residents they may need to call electrical companies to handle hanging wires. PPL will return the week of August 15 to reinstall fences which had to be taken down to make room for crane trucks.

A special thank you goes out to HACC Midtown and the Central Pennsylvania Chapter of the American Red Cross for assisting residents earlier this week with shelter, hydration, and snacks when power was out.